A powerful maritime nation from days of old, with strong trading links around the world, the Netherlands gained an almost unrivaled expertise in shipbuilding, naval research and other naval-related matters.

This resulted in the creation of strong synergies and interactions between the MoD’s Defence Material Organisation (DMO), industry, and research & development (R&D) institutes. These three actors form one of the strongest maritime clusters in the world, the so-called Dutch Naval Cluster with a workforce of 37,693 people and an economic value in the Netherlands estimated to be €1.107Bnn in 2018, comprising a direct economic value of €719M and an indirect economic value of €388M.

The Defence Materiel Organisation (DMO)
DMO is responsible for the procurement of all military equipment for the Netherlands Armed Forces. The procurement of material with a value of US$6.5M or more has to follow the Defence Materiel Process (DMP). Such acquisitions are categorised as either mandated or non-mandated projects. The final producer is selected from those firms that are on this qualified source list. As a consequence it is important for companies to request placement on the qualified source list for military procurements, because the Netherlands does not advertise procurement opportunities for military equipment. Foreign firms that do business with the Netherlands could be subject to some type of offset arrangement, with these offsets aimed to help maintain and improve Dutch defence-related industries.

Three companies can be regarded as the leaders of the maritime defence industry: Damen Schelde Naval Shipbuilding (DSNS), Thales Netherlands and RH Marine Group (partner of Bakker Sliedrecht and Pon Holdings). Another 45 companies, many of which are niche-oriented and active in both the civil and military domain, and members of the Dutch Industry for Defence and Security Association and/or the Netherlands Maritime Technology Association, are delivering dedicated equipment to the three core companies. In addition, there are about another 100 smaller contractors delivering generic products.

Damen Schelde Naval Shipbuilding (DSNS) is one of the foremost shipbuilding groups in the world and part of the Damen Shipyards Group which had a turnover in 2018 of some €2Bn and a workforce of more than 12,000 employees, of which some 3,500 are in the Netherlands. The Group owns 54 companies worldwide, including 34 shipyards, of which 16 are in the Netherlands, which delivered 176 ships in 2018 – 76 tugs/workboats, 3 offshore vessels, 40 high-speed craft and ferries, 21 pontoons and barges, 13 dredgers, 5 yachts and 18 ships for navies, coast guards and police.

DSNS has long track record in the development and construction of a wide variety of platforms either on its own shipyards or at non-Damen shipyards under the Damen Technical Corporation programme. The company’s portfolio covers the complete range of vessels in the surface combatants sector for navies, coastguards and maritime law enforcement agencies; from 7-metre-long RHIBs, and fast interceptors, through to frigates, offshore patrol vessels, inshore/STAN patrol vessels, naval auxiliary vessel , multirole auxiliary vessels, landing ships and landing craft, up to support vessels more than 200 metres in length and landing platform dock ships.

In recent years, DSNS gained a strong export position with its Ship Integrated Geometrical Modularity Approach (SIGMA) type platforms. This successful design covers the whole spectrum from offshore patrol vessels to frigates, ranging from 50 up to 150 m long and where each vessel can be tailor-made to the client’s operational requirements. The SIGMA line has firmly established Damen Schelde Naval Shipbuilding’s export credentials with sales to the Indonesian, Moroccon, and Mexican navies, the latter being the Patrulla Oceánica de Largo Alcance (POLA) type – a SIGMA 10514 variant, constructed at the ASTIMAR 20 Shipyard in Salina Cruz under the aforementioned Damen Technical Corporation programme, and a SIGMA-variant also being proposed to the Romanian Navy. Another innovative design is the CROSSOVER hybrid ship concept, a platform with the fighting power of a frigate, and the endurance, versatility and flexibility of an amphibious ship.

DSNS was also vying for the 12-ship New Generation Mine Countermeasure Vessels (MCMVs) replacement programme for the Belgian and Dutch navies, through a ‘Temporary Trade Association’ with IMTECH Belgium, with a 91-metre-long MCM-mothership and a displacement of approx. 3,025 tonnes, based on the training vessel for the Australian Navy, MV SYCAMORE. However, on 15 March Naval Group and ECA Group /Belgium Naval & Robotics gained the contract for the construction of the 12 units.

DSNS’s most ambitious campaign is to re-establish submarine construction in the Netherlands in partnership with Saab Kockums to jointly pursue the WALRUS replacement programme. The two companies are offering an enlarged, extended-range derivative of Sweden’s new A 26 submarine, with Saab building pressure hull sections in Karlskrona after which these hull sections will then be shipped to Vlissingen for final outfitting.

Thales Nederland, headquartered in Hengelo, is part of the French Thales Group. Although part of this French multinational, the Dutch state still owns shares and, as such, can veto the export of sensitive products. Thales Nederland is a Centre of Excellence in the field of radar and sensor technology. The company is one of the market leaders of naval radar technology and combat management systems. Thales Nederland, with a workforce of about 1,700 people, had a turnover of some €500M in 2018, and its systems are operational in more than 30 navies.

Amongst the company’s latest developments is the range of 4D dual-axis multi-beam AESA radars (the NS100, NS200, SM400 and Europe’s first fully digital L-band radar SMART-L MM) and the I-MAST family of integrated modular masts. Of particular note, the I-MAST 400 is installed on board the four HOLLAND class offshore patrol vessels and the Joint Support Ship HNLMS KAREL DOORMAN. Another innovative radar system is the SMART-L Early Warning Capability (EWC) radar, with an impressive range of up to 2,000 km and capable of interfacing with the American BMD (Ballistic Missile Defence) system. This radar is under contract for the Royal Netherlands Navy’s four DE ZEVEN PROVINCIËN class frigates. And in cooperation with DMO, Thales is developing the Above Water Warfare System (AWWS) for the Royal Netherlands and Belgian navies’ next-generation multipurpose frigates, including a fully digital dual-band X/S radar suite, consisting of an integral combination of Active Phased Array Radar (APAR) and Sea Master 400 radars.

RH Marine is part of the RH Marine Group (RHMG), the Dutch leading system integrator of technical expertise and innovative, sustainable technology solutions in the fields of power generation/distribution, ship automation, navigation and communication, integrated bridge and platform management systems, propulsion solutions, fire-fighting and fire protection technology and heating/ventilation systems. In 2018, the company had revenues of some €340M and a workforce of 1,350 full-time equivalents.

Recently, RH Marine has been involved in the mid-life upgrade programme of the Dutch WALRUS class submarines and is commissioned to deliver the low-voltage systems for the Royal Navy’s new T26 frigates. Some of RH Marine’s latest developments are the integration of an optical bearing device (OBD) in the military digital chart system WECDIS, and the R95 Ellipse, a special algorithm which calculates the most likely position of the ship with 95% accuracy.

While the Netherlands has no indigenous submarine builder, following the demise of RDM Submarines Shipyard back in 2004, it has retained a significant level of technical and engineering knowledge through the Dutch Underwater Knowledge Centre (DUKC) – a collaboration platform under the Netherlands Industry for Defence and Security Association, by which those Dutch companies with specific submarine knowledge and expertise joined forces. The DUKC-members comprise Airborne Composite, Bolidt, Bosch Rexroth, Damen Schelde Naval Shipbuilding, De Regt Marine Cables, EST-Floattech, Heinen & Hopman Engineering, Nedinsco, Nevesbu, RH Marine, Thales Nederland, Trelleborg Antivibration Solutions, Van Halteren Special Products and Verebus. DUKC is already fulﬁlling an important role in the modernisation of the RNLN’s WALRUS class submarines. The ambition of the DUKC members is to contribute to the replacement of the WALRUS class, particularly in the design and equipment areas, and eventually construct the new boats with the help of an international yard with submarine programme management experience.

On the other hand, the Dutch company Royal IHC and the French Naval Group signed an agreement to become partners in the bid for the WALRUS class submarine replacement programme. Under the terms set out in this partnership, Naval Group is to develop the submarine design and Royal IHC perform the construction and outfitting of the end product, leveraging capacity and skills within the Dutch maritime sector. Naval Group is offering a new design sized between its SCORPENE design and the SHORTFIN BARRACUDA proposal developed for Royal Australia Navy’s Future Submarine programme. The two companies say they are already engaging with potential Dutch industry partners.

This summary shows that the Dutch maritime defence cluster has highly developed naval technology to offer and has formed numerous partnerships and consortia over the past years, but nonetheless, the future still holds many challenges. The domestic market is too small to support the available expertise, which is why exports are a prerequisite for preserving the Netherlands’ knowledge. Consequently, important steps towards positioning the Dutch naval defence industry on international markets in general and on the European market in particular, are imperative.

Taking into account the shrinking defence budgets, cooperation in the maritime defence-related industry has become indispensible and vital. Few in the shipbuilding industry doubt that mergers and alliances are necessary in a sector that has 11 prime contractors and 23 vying with one another to build Europe’s warships. With the publication of its Defence Industry Strategy (DIS), the Dutch Government voices the importance it attaches to the maritime defence industry and encourages the domestic companies to participate in international cooperation. It is crucial that naval platforms and naval-related systems should be designed with exports in mind, in order to give the companies an opportunity to develop their own local industry. Therefore, the Royal Netherlands Navy’s procurement plans are a forecast indicator; it shows in which areas advertising can be made in the future, whereby the parent navy serves as an important reference for entering the international market.

However, as many of the companies mentioned above have a strong civil sector, it is uncertain whether they are prepared to maintain defence capabilities and continue to offer naval products in the future. This depends to a large extent on the companies’ assessment of the expected order situation and on the political climate in the Netherlands, which is why the state must continue to promote research and development, secure national procurement, take a reliable position on arms exports and adopt an active political stance in arms cooperation. Ultimately, a robust grey ship market is essential to fully utilise the highly specialised workforce of the Dutch maritime defence industry.

Guy Toremans is a freelance naval journalist based in Belgium. 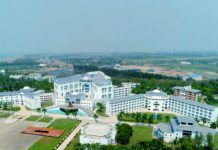 The Bangladesh Navy – An Available, Adaptive and Affordable Force 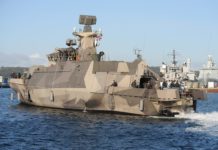 The Finnish Navy – ‘Leaner and Meaner’ 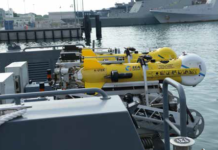