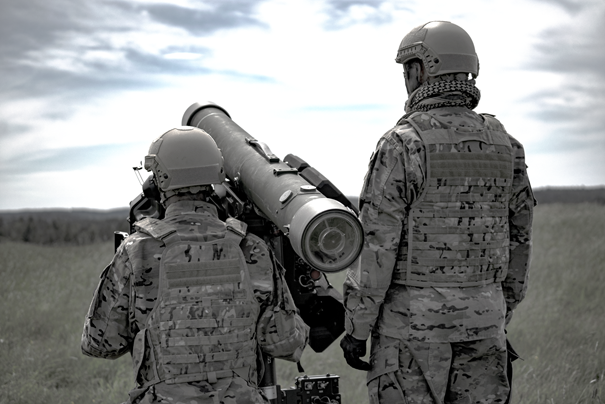 For more than 15 years, the Danish Armed Forces have lacked a Short-Range Air Defence System (SHORAD) despite NATO prescribing these as a significant part of the required medium infantry brigade. However, Denmark will deploy these weapon systems with the newly-formed 2nd Battalion of the Artillery Regiment. According to experts, the mobility of such Ground-Based Air Defence (GBAD) systems will be a particular focus in the future.

In the phase between the Second World War and the end of the Cold War, GBAD systems played a central role in defence strategies. Currently, experts are observing a change in the military strategic situation and thus a renewed high interest of armed forces in equipping themselves with mobile GBAD systems. Over the past 30 years, Western nations have relied on air superiority and assumed that all air threats could be countered by air power.

Adversaries nowadays employ tactics that reduce an air force’s ability to suppress enemy actions such as Anti-Access / Area Denial (A2AD). This comes alongside new threats such as Unmanned Aerial Systems (UAS) and the increasing use of loitering and guided munitions. GBAD systems need to be updated because they are either close to end of life or require enhanced capabilities.

The Baltic area is the focus for NATO assurance and deterrence measures. As this area is in Denmark´s backyard, military contribution to the NATO Enhanced Forward Presence (EFP) is a natural and high priority task for the Danish Army. Therefore, the service is striving to establish a medium brigade for NATO operations, says the Danish defence expert Hans Peter Michaelsen, who has many years of experience in the Royal Danish Air Force in air surveillance, air defence, acquisition and academic research. This requires the acquisition of several weapon systems that were not in Denmark´s inventory for years, including:

A total of 19 countries have procured more than 1600 units of the versatile RBS 70 and RBS 70 NG to date, with more than 18,000 missile rounds. Many of these customers are NATO members. The BOLIDE missile is the latest iteration of RBS 70 missile, which has an altitude coverage of up to 5 km, an effective intercept range of more than 9 km, and the missile hits its target at a crushing speed of Mach 2. The shaped charge of the guided missile is used to successfully engage armoured targets such as UAS, helicopters and fixed wing aircraft.

The flexibility of the RBS 70 NG design creates a wide range of uses within the same mission. It can be deployed rapidly and operated in a timely manner from any location such as a mobile vehicle platform, or remotely, via a ship-integrated application using the modular vision system. Long-term static defence of strategic assets can also be achieved through a stand-alone, remote controlled, configuration.

Per Järbur, Director Business Development and Strategy at Saab’s business area Dynamics, is also a leading authority on the GBAD market. His role requires him to analyse all developments in GBAD and mobile air defence for Saab. His insights, expertise and assessments have a direct influence on decisions regarding the development and improvements of GBAD systems. Per Järbur is convinced that the importance of mobile deployment of GBAD systems will increase rapidly.

He said, “Today, manoeuvrable forces and key assets are vulnerable to hostile aerial reconnaissance, target acquisition and attacks from a wide range of air platforms,”

Järbur continued, “In addition, enemy indirect fire, enhanced by the use of UAS – and the use of UAS as loitering munitions – increases troop vulnerability. This can cause causalities and limit or lose operational freedom. Consequently, mobile GBAD forces need to support ‘close fight’ on the current and future battlefield.”

Air-based threats are changing – and GRAB systems requirements with them. With operational ranges of up to 200 km, SHORAD systems fill any air defence gaps and offer complete coverage when integrated on manoeuvrable platforms. Examples include:

To illustrate Järbur’s point, he added: “The Irish Armed Forces have been using the RBS 70 system for many years in a wide variety of environments to protect national events, conferences and state visits.”

The RBS 70 NG system operates in both day and night by utilising an integrated thermal imaging device. Another advantage is the un-jammable laser guidance system that increases hit probability against any target. Most missiles in the short-range category use guidance systems with an infrared target seeker with some exceptions. These are eliminated using simple countermeasures (flares) and have difficulty engaging targets that are distorted by external heat sources (burning objects or the sun). The RBS 70 NG is not influenced by any countermeasures and other interferences. It can remain target focussed by using advanced components and technologies.

During the optical tracking of a fired missile, Per Järbur stressed the operator on the ground can use manual control after launch and change the target point by using the latest aiming aids and auto-trackers. If someone realises that a target is not the enemy, the launch can be aborted in flight.

Saab’s RBS 70 NG can engage highly manoeuvrable targets reliably. Today’s targets usually have guided missile warning systems while targeted air crews use manoeuvres and countermeasures to defend against ground-to-air guided missile attacks. A modern jet fighter can manoeuvre up to 9g (G-force) in such a situation to avoid being hit.

Conventional target acquisition weapons perform a maximum of two heavy manoeuvres or changes of direction on the way to the target before losing power. This is all the more significant because the guided missile has to manoeuvre 3 – 4 times more than the intended target, especially in the final flight phase. The steering principle of the RBS 70 NG avoids such a drop in performance and never manoeuvres more than the actual target itself.

The RBS 70 NG requires only two people to operate, underscoring its maximised flexibility and operational freedom for armed forces. As the system is designed to be used in any climate (from arctic to desert), the cost per shot is relatively inexpensive because the “smart parts” remain on the ground and intact after each firing.

When weighing the pros and cons of various solutions, Järbur observed: “The development of GBAD systems is always a compromise between performance, mobility, redundancy and cost efficiency. State-of-the-art systems meet military needs, and take into account the latest technologies, political requirements and the available budget.”

Keeping pace with constantly changing demands in the GBAD domain means fulfilling a wide range of system requirements; hence the focus is on:

The final point offers an opportunity to reduce costs and adapt to a customer’s specific requirements. For example, a GBAD system should be easy to integrate into an existing sensor, control system or vehicle. These factors are key in the procurement of effective GBAD systems by modern armed forces.

The GBAD/SHORAD acquisition will be quite a challenge according to the Danish defense expert Michaelsen.

Everything will have to be built from scratch as the Danish Armed Forces have been without GBAD for more than 15 years.  It requires a number of modern mobile and deployable Active Electronically Scanned Array radars (AESA) that can detect UAS and loitering munitions. AESA radars are ideal for routine surveillance and with the latest GBAD/SHORAD system.

Denmark’s new system should be mounted on PIRANHA 5 Armoured Personnel Carriers that the Danish Army uses extensively, according to Michaelsen. It is wise to cooperate closely with allies to build expertise as extensive training is necessary to establish an effective GBAD/SHORAD capability.

Currently, Denmark’s MOD is preparing the basic requirements for its GBAD/SHORAD tender. The final version should be completed and presented for bids by mid-2022 with the contract award planned for a 2024 signing. 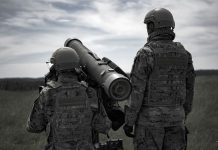 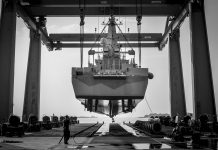 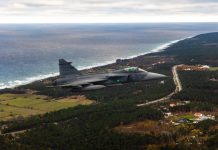 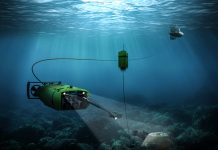 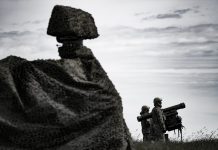 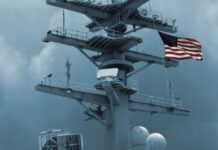 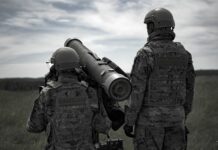 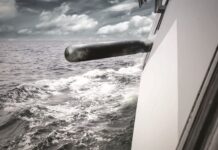 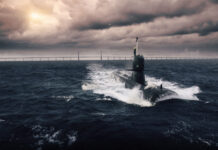