Start Articles Exclusive US Army Howitzer Shoot-Off – Which System Will Win the US... 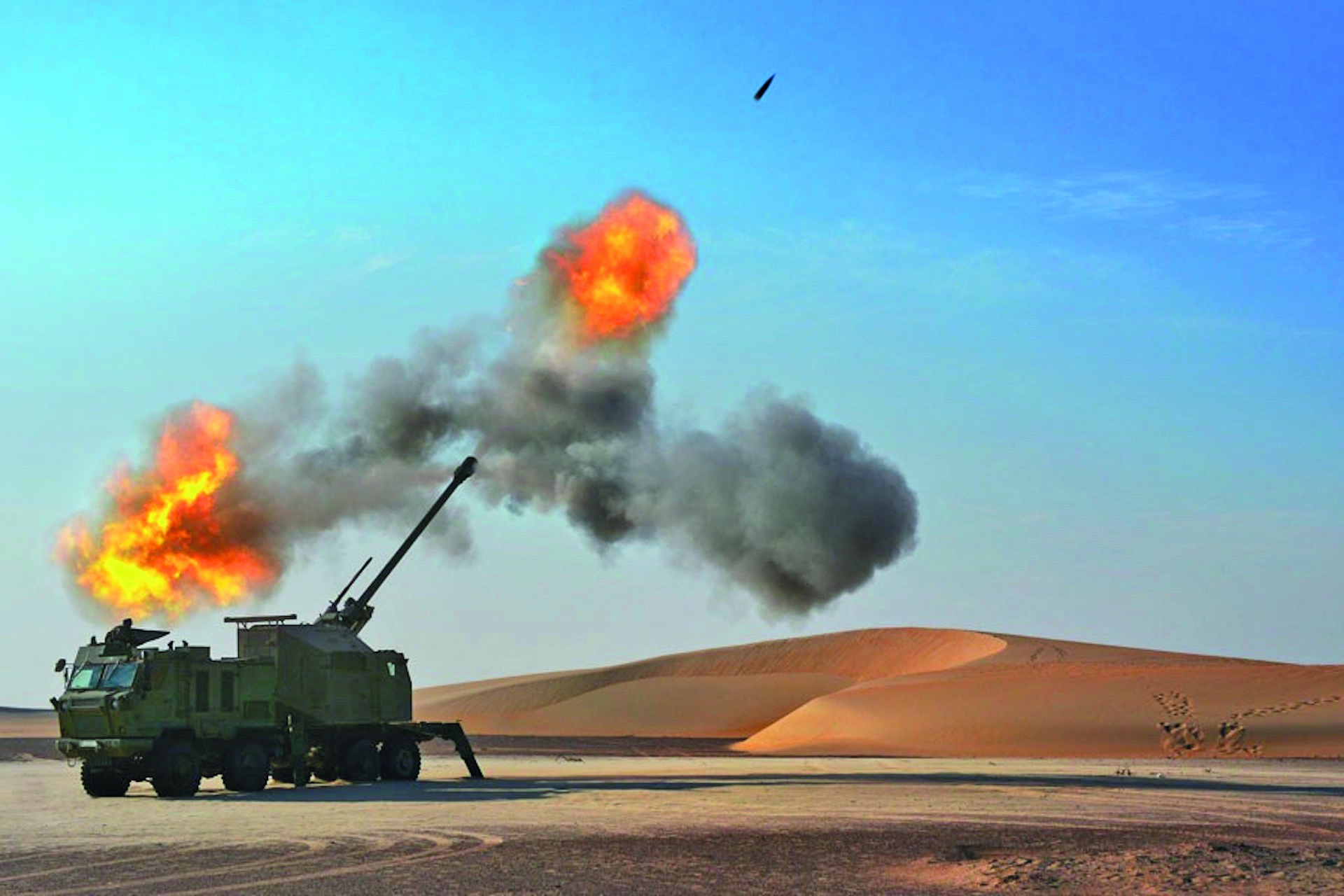 Methods of warfare are changing rapidly, and the US Army faces a problem. The Second Nagorno Karabakh War, in late 2020, vividly demonstrated the power of precision fires in the modern battlespace. In that war, Armenian towed artillery became easy prey to the Azerbaijani top-attack kamikaze drones. Unable to “shoot and scoot” rapidly, and not adequately protected with Counter Unmanned Aerial Systems (CUAS) defence, the Russian-made towed D-30 122mm howitzers and D-20 152mm of the Armenian army were quickly discovered and devastated by Azerbaijani drones. The recent war in the Caucasus was the first war in history won primarily by unmanned systems – something of which anyone interested in military affairs should take note — and the lessons of this war have far-reaching consequences that few in the west seem to recognise.

Witnessing the war in the Caucasus and having focussed on counterinsurgency warfare for the past twenty years, the US Army has seen that it is outgunned and outranged by the artillery of peer competitors such as China and Russia. As a result, the number one modernisation priority is long-range precision fires. The Chief of Staff of the US Army, Gen. James McConnville, explained in an interview by the Center for Strategic and International Studies in March 2021, that the Army needs “long-range precision fires, the ability to penetrate an anti-access/area-denial capability, [and] the ability to provide an anti-ship capability from land.” To meet these challenges, the US Army established a shoot-off for production-ready artillery systems from developers from several countries.

To field quickly and deploy long-range-precision-fires (LRPF) for its STRYKER and light units, the Army cannot wait for the usual ten-year programmatic development cycle to design and produce a new howitzer. Being behind the curve, it wants to pick from a group of existing wheeled howitzer systems that, if purchased, could be deployed rapidly to combat units to replace the shorter range, less survivable legacy towed artillery systems in its fleet.

The US Army shoot-off between the ARCHER, ATMOS, BRUTUS, CAESAR, and NORA systems involved 90 days at Yuma Proving Ground, Arizona, and was completed before November 2021. Prior to the competition, each system was rigorously evaluated. The firing tests included evaluation in the areas of mobility, fire control integration, compatibility with firing US Army projectiles. Here are the five systems that were invited to prove their capabilities to the US Army Field Artillery in 2021.

BAE Systems Bofors offered its ARCHER FH77BW L52 truck-mounted howitzer. BAE reports that ARCHER is based on the successful Bofors FH77 field howitzer, consisting of an automated 155 mm 52-calibre gun mounted on an RMMV 8×8 truck. The system is a fully automated, self-propelled 155 mm howitzer where loading, laying and firing are handled from inside the armoured cabin, offering full protection for the gun crew at all times. As with the other systems in the shoot-off, the maximum range for ARCHER with rocket-assisted EXCALIBUR ammunition is around 50 km. ARCHER also offers an optional Advanced Multispectral Camouflage System and includes an ammunition resupply system with a support vehicle for a complete artillery solution.

Elbit Systems of America entered their battle-proven ATMOS IRON SABRE 155mm truck-mounted howitzer to the US Army shoot-off. Accord to Elbit, ATMOS offers the advantages of superior fire power, enhanced mobility and rapid response time. Highly adaptable, the modular ATMOS system is compatible with any 6×6 or 8×8 high-mobility tactical truck, although current models do not have an armoured cabin. According to Elbit, ATMOS supplies fire support for all types of missions and can be easily interfaced with customers’ existing C4I systems.

IRON SABRE incorporates an embedded electronic suite, automatic laying system and automatic loading system. This advanced electronic suite is claimed to enable accurate navigation and autonomous operation, reduced crew size, increased fire power and high precision accuracy. The shoot and scoot capability of the IRON SABRE is provided by a first round ability within 30 seconds of vehicle halt, and the system can fire 6 rounds in less than 110 seconds.

The only fully US team in the competition, AM General and Mandus Group offered the BRUTUS. This is a 155mm truck-borne howitzer employing a “hybrid soft recoil” system to enable the weapon to be fired from a relatively lightweight truck chassis. BRUTUS is based on the proven HAWKEYE 105mm mobile weapon system produced by AM General. The Brutus self-propelled howitzer is 7.6m long, 2.44m wide, and 3.5m high and the total weight of the 6×6 truck-mounted system is 14.8 tons. BRUTUS does not have an armoured cabin. According to AM General, BRUTUS has an “advanced digital fire control system featuring enhanced navigation, integrated muzzle velocity radar and improved sighting/targeting capabilities greatly enhances lethality.”

The 155m CAESAR is a wheeled self-propelled howitzer produced by Nexter Systems from France. The name “CAESAR” is an acronym created from the French “CAmion Équipé d’un Système d’ARtillerie” (translating to English as “Truck Equipped with Artillery System”). CAESAR is the main howitzer for French army artillery regiments and is also under consideration by the British Army for its Mobile Fires Platform (MFP) programme. The system can be fitted on a variety of 6×6 wheeled trucks and has been demonstrated integrated on a modified Tatra T-815 8×8 chassis. The French Army use the Renault (now Arquus) SHERPA 10 chassis. The French Army version of CAESAR does not have an armoured cabin for the crew, but Nexter is developing one. CAESAR was successfully deployed to Afghanistan, Iraq, and Syria to support French operations.

Florida-based Global Ordnance has teamed with Yugoimport of Serbia to enter the NORA B-52 155mm wheeled howitzer in the US Army “shoot-off.” Developed by the Serbian Military Technical Institute in Belgrade, NORA is one of Serbia’s most successful weapons exports. According to Global Ordnance, the system features a fully automatic auto loader and a shoot and scoot under armour capability to protect the entire crew. The gun system has a maximum sustained rate of fire of 4 rounds/min. The system provides enhanced mobility and automatic loading. Marc Morales, President of Global Ordnance, LLC, expressed his interest in being invited to the competition: “This is an excellent opportunity to bring a fantastic piece of equipment at an unmatched value to the US Army soldier. Global Ordnance is proud to be the company to offer the NORA and is excited to show the US Army what it can do in the shoot-off.”

The US Army wants a more mobile, lethal, survivable, wheeled 155mm howitzer system that is a production-ready system to replace its legacy towed howitzer fleet. In addition, the US Army’s emerging doctrine, Multi-Domain Operations, requires a robust Long Range Precision Fires (LRPF) force to negate enemy fires and support cross-domain operations of air and naval forces. No shoot-off winner has yet been declared and the announcement of results from the contest are pending: the Army is keeping its cards close to its chest. Once the findings are announced, the winners may be asked to conduct further tests or to provide proposals for production, delivery, fielding, training and support to the US Army. 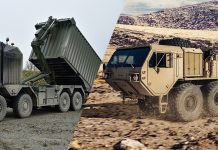 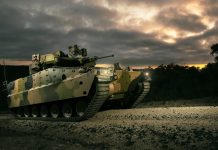 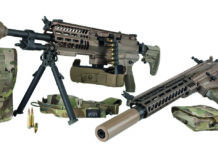 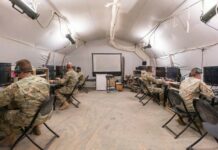 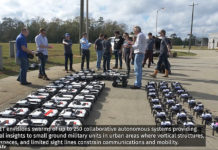 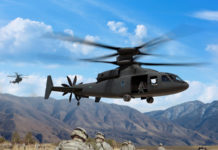 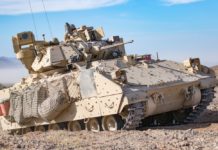 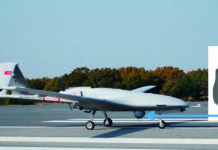