Start Articles Exclusive The Optronic Maintenance Solution for the TIGER Aircraft – The... 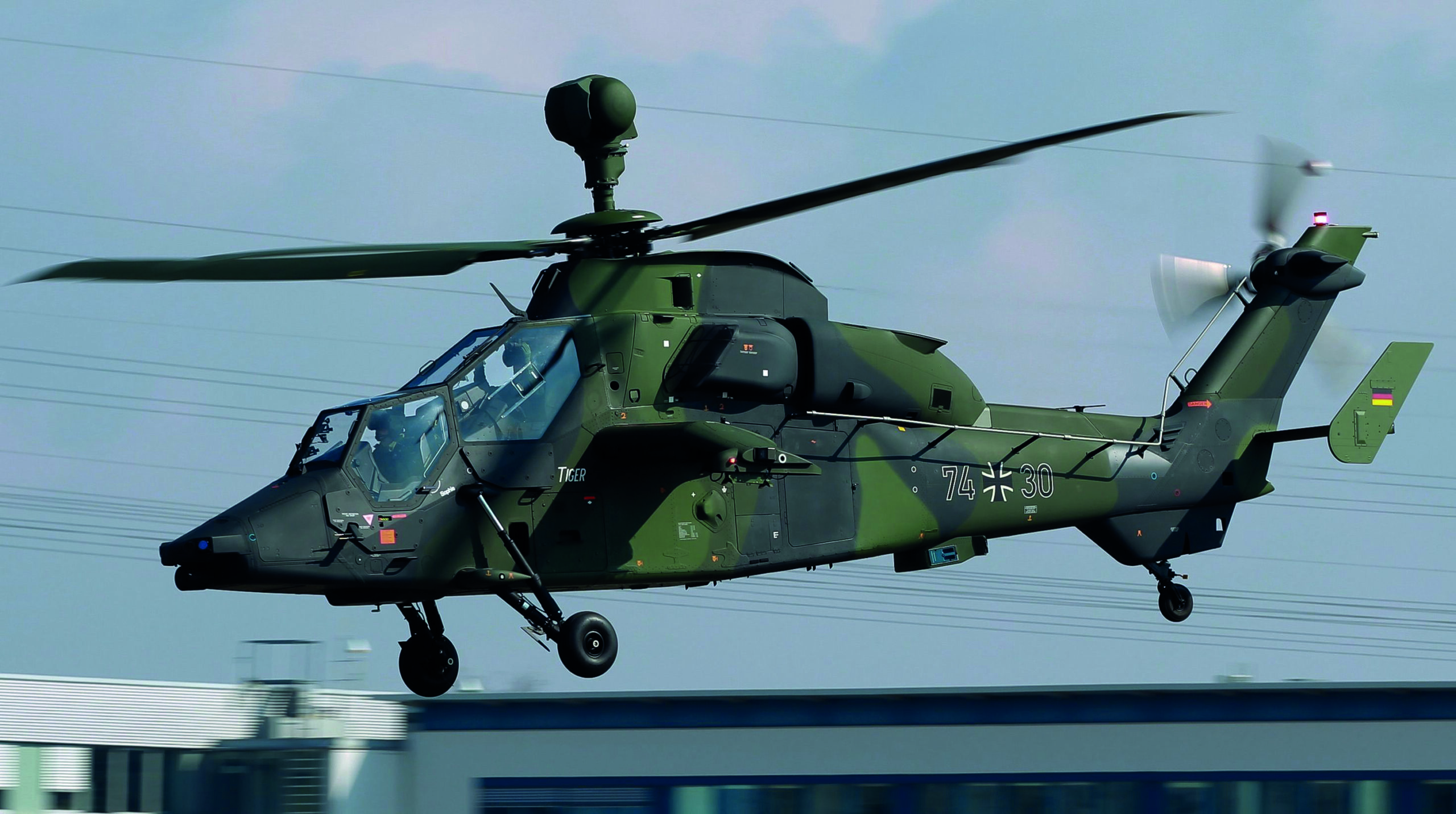 I spy with my little eye…” not very much, because the TIGER aircraft is capable of operating from behind any cover provided by terrain. The mast-mounted sight, Optical Stabilised InfraRed Integrated System (OSIRIS) on top of the German TIGER helicopter’s main rotor head is the prime sensor and one of the most versatile features of the aircraft.

Combining a laser range finder, thermal imaging and high definition camera, the mast-mounted sight offers multiple options for reconnaissance, target identification and tracking. With the TIGER aircraft entering service more than 15 years ago, maintenance concepts had already been developed for all kinds of components. The mast-mounted sight, however, required special attention due to its highly so-phisticated architecture.
The line of sight, for example, demands accuracy of the overall system of ±60µrad, meaning a maximum of 60 mm deviation each at 1,000 m distance. In a real attack scenario with a distance of 5,000 m, this implies a maximum failure of 30 cm. With potential intelligence and manoeuvrability of the chosen weapon or the type of am-munition, such as high explosive, taken into the equation, any threat can be engaged and destroyed.

This article focuses on activities taking place in the background in order to guarantee operational availability of such a vital asset. Highly sophisticated maintenance capabilities are required to ensure smooth operation. OCCAR, in particular the TIGER Programme Division, took over the leadership and the responsibility to provide the best equipment possible for the customer.

At the beginning of sight head maintenance, two options were commonly used: shipment to and repair at the supplier facilities and using the UHT Mast-Mounted sight Shelter (UMMS). The UMMS was introduced into service as cleanroom environment based in a highly mobile shipping container for sight head maintenance. The idea and initial realisation of UMMS was simply brilliant.

At some point in time, however, no series production of the solution was formalised or contracted, thus no redundant operation could have been established and a kind of prototype status remained. Moreover, after years of service, ageing and obsolescence kicked in and decreased reliability. It was time for a new sustainable mainte-nance solution.
This was the moment for the TIGSS idea.

Founded on the experiences of UMMS, the Test Instrumentation Gunner Sight System (TIGSS) should provide a reliable test environment with the characteristics of a series production equipment in terms of reliability and serviceability. Three test benches were manufactured with as many similarities as possible. In order to achieve maximum versatility, one deployable workroom was planned and engineered. This mobile tent solution, currently deployed at the German main operating base in Fritzlar, is capable of sheltering one entire TIGSS and is equipped with conditioning generators to create the required cleanroom environment within a separate compartment of the tent, where the service on the sight head is performed. The deployable workroom offers the opportunity to rapidly relocate maintenance activities and to operate under all climatic condition imaginable.

A second TIGSS bench is also installed at the Fritzlar Base, separated mainly into two fixed installations: The Optronic Deployable Test Solution (ODTS) is located in-side a 15 square metre cleanroom with the Electronic Deployable Test Solution (EDTS) next to the cleanroom wall inside a standard aircraft hangar workshop. In order to be operational, a TIGSS requires one ODTS and one EDTS.

Both test benches should then serve the German Armed Forces as a redundant test environment reducing down times of test bench availability to the absolute mini-mum. In addition, a third EDTS (electronic components only) remains at the industry site for modification, upgrade and other integration purposes, as most of these activities are only performed on the electronic parts of the entire system. Modifications of the optronic system are rare.

The kick-off for this project took place in the late 2000s and was forged into a de-velopment contract in 2012. During the following years, intense research and devel-opment was performed by EADS Test & Services, which later on transitioned into Spherea.

In December 2018, the first TIGSS installed inside the deployable workroom tent entered into service at the Fritzlar Base. The second bench followed about half a year later in July 2019 with a final acceptance test at the manufacturer site. After-wards, some unpredictable technical discrepancies needed to be taken care of. In a nutshell, the stimulating infrared source within the ODTS was misinterpreted by the sight head’s optronics and was then processed back to the EDTS. Later, the EDTS displayed an error message stating a defective sight head sensor.

In order to isolate the error and to tackle the problem, experts from all branches gathered in a think tank. This included manufacturer expertise from Spherea chief engineering and service technicians, users’ expertise from the regiment in Fritzlar, as well as supporting engineering knowledge from the official services’ side. Starting with hose and cable lengths, bending radiuses, potential interferences and so on, all deviations between the properly working first bench and the faulty second bench were precisely assessed. The complete troubleshooting process took about one year before the second TIGSS test bench could finally enter service at a customer site in July 2020. In the end, the problem could be solved with software-based corrections, founded on empirical trials without major modifications of the just introduced equipment.

The prime objective of TIGSS was always to provide the most reliable and depend-able test solution for the OSIRIS mast-mounted sight. Throughout the whole TIGSS project, different stakeholders interacted in order to guarantee the best service to the end user at the regiment in Fritzlar. With a number of entities involved, one major project management element is to allow direct com-munication and to promote a can-do spirit on a daily basis. OCCAR, as the main project management organisation in this polygon of stakeholders, shoulders financial liability, guarantees technical project controlling and promotes a multi-disciplinary exchange between all stakeholders.

With a number of ups and downs occurring during the TIGSS development and an in-service ramp-up phase, the project was not always unquestioned, but since mid-2021, the initial objective has now been achieved. With a remarkable spirit and co-operative attitude of everybody involved, TIGSS has become a redundant and de-pendable addition to the German Armed Forces’ maintenance capabilities. Moreover, the lean structures and processes within the overall organisation allow quick and precise decisions to boost operational availability of OSIRIS sight heads and in the end, the availability of combat ready aircraft.

Since TIGSS has reached a stable in-service phase, several individual modifica-tions and upgrades have already been initiated. The integration of an Uninterruptible Power Supply (UPS) system, a safety relevant improvement by introducing a light curtain safety fence instead of a mechanical metal mesh barrier, as well as pro-active obsolescence management have been triggered to maintain maximum operability. Needless to say, the annual maintenance and calibration activities are coor-dinated in such a way as to avoid parallel down time of the two test benches at Armed Forces’ facilities.

Being a well-established weapon system within the German Bundeswehr, the TIGER aircraft will continue to serve as a close air support provider for most of the 2020s and 2030s. Moreover, the future of TIGSS is directly linked to the TIGER op-eration. In any case – whichever decision is taken by German Bundeswehr officials in Bonn and Koblenz – OCCAR is standing by to support with all its knowledge, project management expertise and dedication, to enhance capabilities of the system, to guarantee robust in-service support and to offer a maximum number of available sight heads and combat ready aircraft. 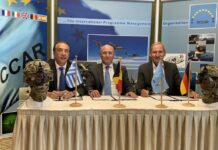 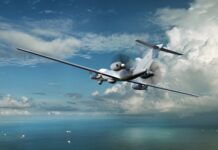 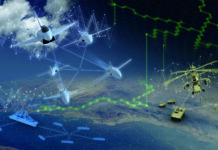 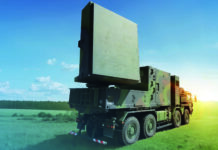 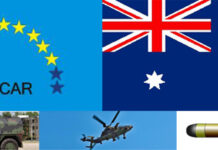 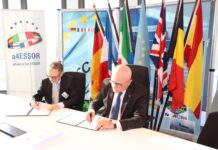 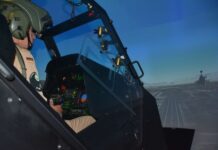