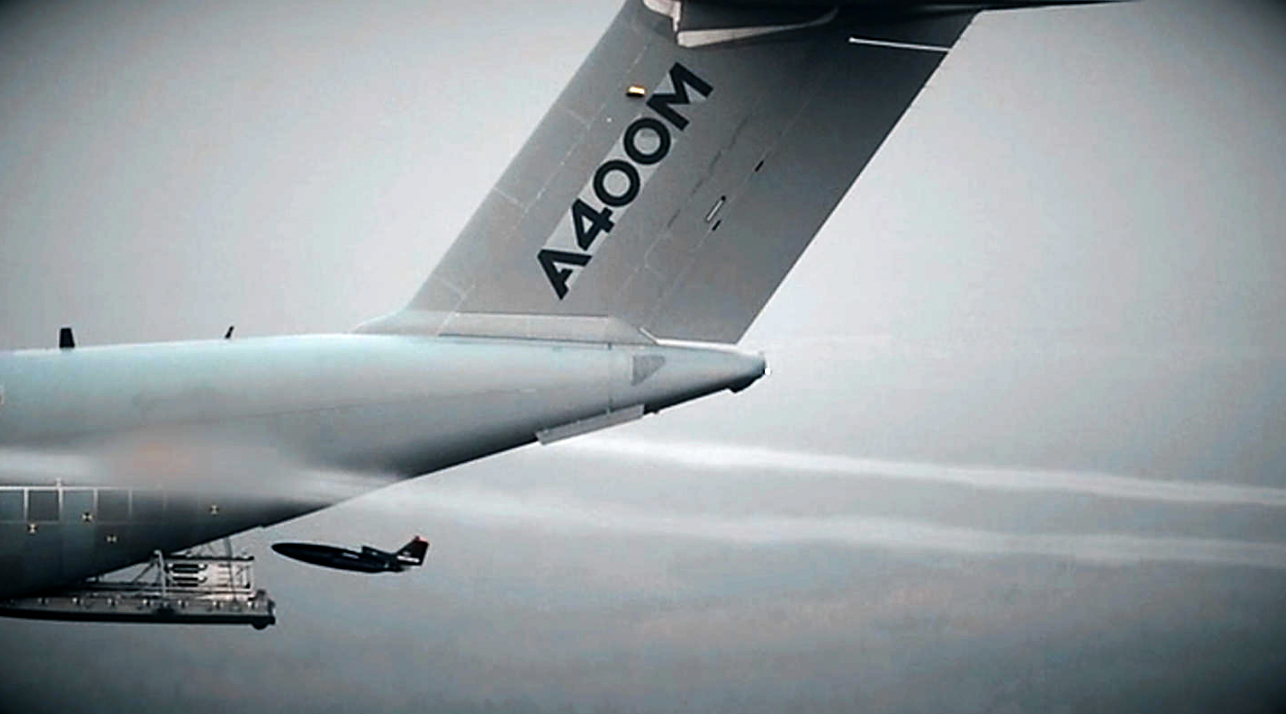 A drone has been successfully launched from the rear of an A400M transport aircraft during a flight test conducted by a joint flight test team consisting of members of the German Armed Forces and Airbus, the company has announced.

In the development of the Future Combat Air System (FCAS), support for combat aircraft by unmanned drones is a core capability. Transport aircraft such as the A400M can bring the UAVs to the area of operations and – as the test has shown – make them available from the air. These so-called remote carriers, in cooperation with manned combat aircraft (Manned-Unmanned Teaming, MUM-T), are to open up new tactical possibilities to surprise, deceive, deter, saturate and attack opponents.

Acting as a stand-in for a long-range guided missile during the test flight, the Do-DT25 was connected to the A400M mother aircraft via Modular Airborne Combat Cloud Services (MACCS) delivered by Airbus for data exchange throughout the flight, Airbus writes. This is said to be an illustration of the Combat Cloud Network, in which both information and control commands are to be distributed centrally in the combat area for use by FCAS.

The A400M is expected to be able to carry 40 or more remote carriers in its cargo bay. This would allow the transport aircraft to carry enough remote carriers to the battlefield to enable FCAS to perform multiple missions. The A400M is to be validated as an airborne launch platform for remotely piloted aircraft carriers to deploy this large number of drones. The next flight test is planned for later this year.

Airbus said it had already demonstrated the first successful application of MUM-T with operational military aircraft in Europe in June 2021 during the TIMBER EXPRESS exercise with the German Air Force. In this exercise, a Eurofighter TYPHOON networked with two Do-DT25 drones and controlled them in real time,

Airbus has also demonstrated the control of five Do-DT25 drones by a mission group commander who was airborne in a manned command and control aircraft. Validating elements such as connectivity, human-machine interface and the concept of teaming intelligence through mission group management, also constitute key steps towards using Remote Carriers as force multipliers within FCAS.