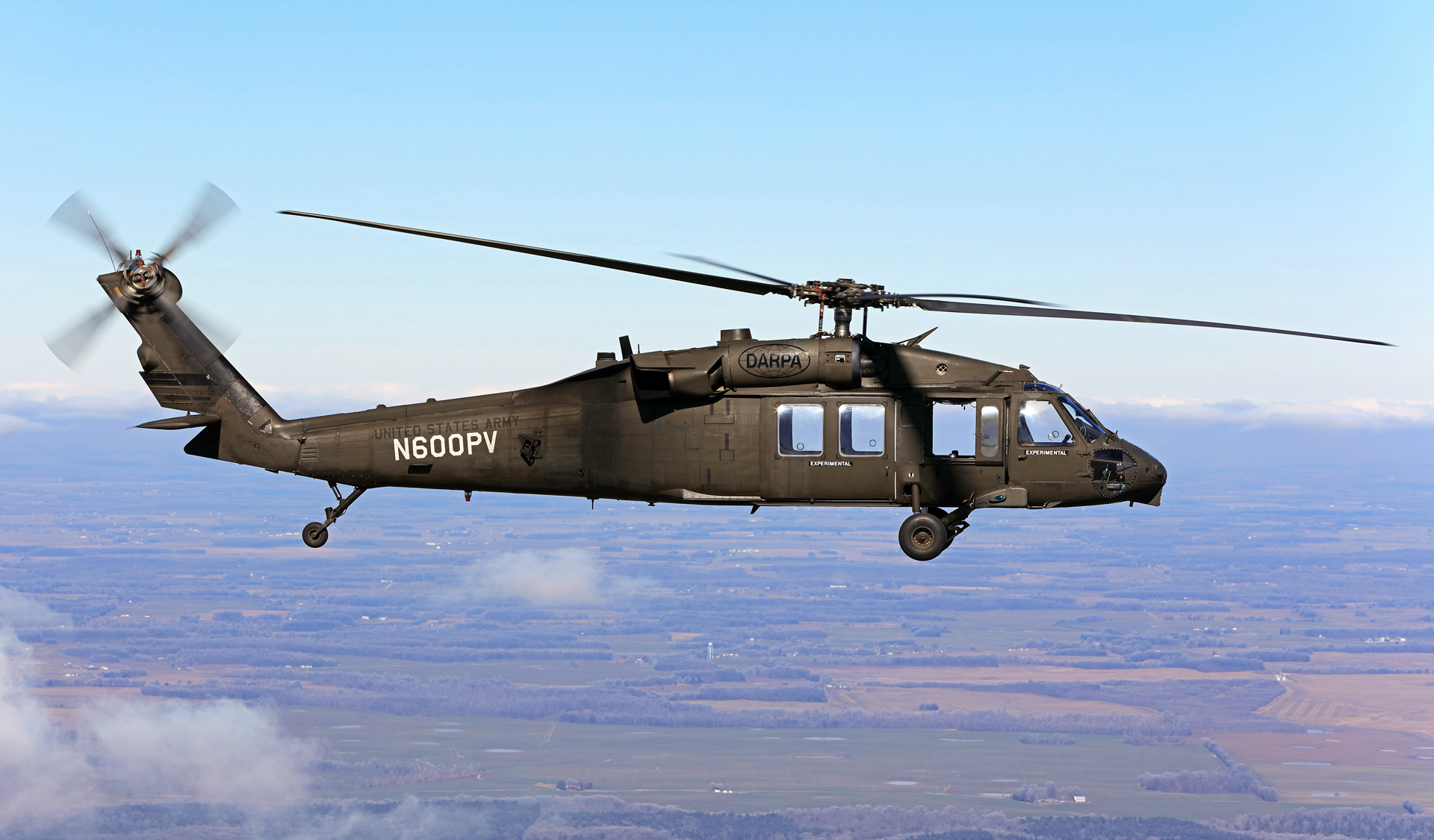 At the US Army’s Fort Campbell base, Sikorsky, the helicopter division of Lockheed Martin, has conducted an unmanned flight of a BLACK HAWK helicopter. Sikorsky reported that the company had equipped the helicopter with a control system under the Aircrew Labor In-Cockpit Automation System (ALIAS) DARPA programme, which turned the BLACK HAWK into an Optionally Piloted Vehicle (OPV). At the core of the system is Sikorsky’s MATRIX autonomy technology, according to DARPA.

For the autonomous first flight, the pilot had set the OPV selector switch from “two” (pilot-controlled) to “zero” (autonomous), as Sikorsky reported on what it said was a “historic” flight. Then, the S-70 BLACK HAWK began the flight with pre-flight checks, started the engines and rotors and completed the 30-minute autonomous flight.

The flight took the helicopter at typical speed and altitude through a simulated cityscape with evasive manoeuvres around buildings and automatic re-routing. The helicopter also autonomously executed programmed turns, manoeuvres and straight-aways before landing on its own and shutting down its engines.

The automation architecture developed with ALIAS for existing manned aircraft enables safe operations with reduced manning, DARPA said. This facilitates the integration of a high level of automation into existing aircraft. It also provides a platform for integrating additional automation or autonomy features tailored to specific missions, it said.

ALIAS aims to support the execution of an entire mission from take-off to landing, including autonomous management of unforeseen events such as aircraft system failure. The US Army is currently exploring potential use cases for technologies like ALIAS, including those described in the Army’s Future Vertical Lift (FVL) programme. DARPA announced that the ALIAS programme will see the first flight of a Model M fly-by-wire BLACK HAWK at Fort Eustis, Virginia, within the next month.