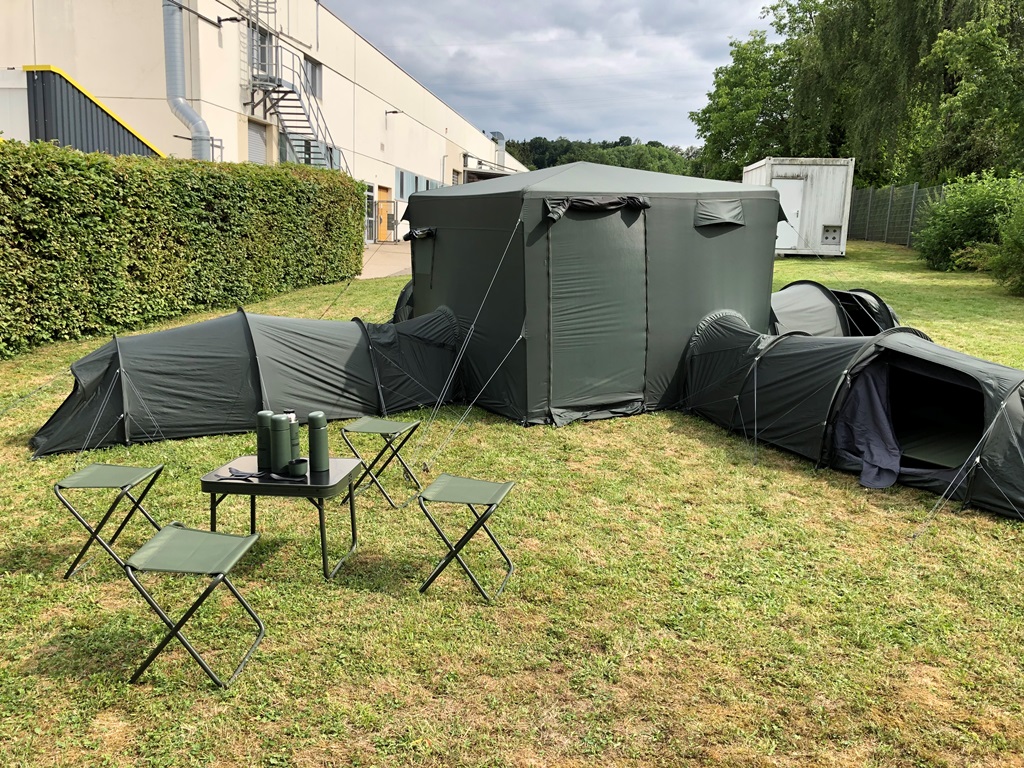 At the end of June, Kärcher Futuretech delivered the first batch of the German Armed Forces’ new “Mobile Accommodation on Mission” (Bwgl UiE SK) modules. A corresponding framework agreement was signed in April 2021. The first production batch is already subject to deliveries with 3,255 sets are to be delivered by the end of the year under intitial plans. Taking into account a sufficient replacement reserve, this will provide accommodation 10,000 soldiers. The focus is on equipping the units planned for the VJTF 2023. In total, the framework contract provides for the call-off of up to 19,000 systems over a period of seven years.

Kärcher’s concept prevailed over four other suppliers in the procurement process that started in 2015. The company, which until now has been known primarily for field kitchens, drinking water treatment systems and NBC decontamination systems, has brought several subcontractors established in the outdoor sector on board:

In its current version, the system consists of five so-called core (KBS) and supplementary (EBS) modules. The KBS accommodation consists of four single-person tents and headlamps each and has a total weight of 12.7 kilograms.

The tents, which can be connected to each other, are made of tear-resistant, silicone-coated nylon fabric and. In response to a requirement by the German procurement authorities, the tents – with fixed anchoring of the tent ropes – were made subject to wind tunnel tests at the University of Stuttgart at up to 110 (KBS) and 85 kilometres per hour (EBS). The “Catering” KBS (4 kg) includes:

The “Sanitation and Hygiene” KBS (6.4 kg) consists of:

The waste collection module contains rubbish bags made of sturdy fabric foil with cable ties to close them.