Water is essential to life and health. Therefore, threats to either the supply or quality of water are threats to life itself. Both in military operation and in civil protection, water and water infrastructure are important.

Military operations require a lot of water. Historically, poor water supply has hindered military campaigns and unsafe water has, in some theatres of operation, been as significant a threat to soldiers’ health as enemy action.

Modern militaries have to devote a significant amount of logistical effort to acquiring and moving water, particularly in expeditionary operations to areas with poor or no domestic water supply. Some military water will need purification, such as drinking water, catering, personal hygiene and medical use. Some other military uses, like engine cooling, construction, vehicle cleaning, and decontamination operations can use non-potable water. Military planning manuals often yield total water requirements of 25 to 60 litres of water, per person, per day, depending on climate. Some armies place great reliance on drilling boreholes, but this is not always the most viable solution. Sometime existing water from rivers, lakes, and even the sea needs to serve as the solution to water supply issues.

Water purification is essential to remove threats from military water supplies. These threats can be natural ones, such as viruses, bacteria, or parasites that naturally occur, either as endemic threats in an area of operation or as sporadic outbreaks. We should never forget that diseases like cholera and dysentery have historically decimated armies. There are also manmade threats. While deliberate contamination of water with chemical, biological, or radiological threats is theoretically possible, far more commonplace threats include accidental contamination with fuel or other pollution sources. It should also be noted that water purification is not just about the safety of the water. Water that tastes poor because of treatment chemicals or other purification methods, even if it technically meets safety standards, is not good for military operations. Soldiers tend to not drink enough water if the water tastes foul, and if food cooked in it smells or tastes bad, it can reduce morale.

The two broad technical approaches for water treatment for deployed military forces. The first is chemical treatment of water. At the absolute bottom end of the spectrum are water treatment tablets, often iodine compounds, that an individual soldier can add to their canteen. For larger operations, hypochlorite or chloramine compounds can be added to larger containers of water. At the high end, a large military base may end up having a chlorination system not dissimilar to a town or small city installed by a major contractor. Chemically treating water with compounds like iodine or chlorine does pose issues, however. It does not remove anything from the water, so some types of contaminants are unaffected by this method. Further, heavily treated water may have poor taste or smell.
The current standard for deployable military water purification is reverse osmosis. Reverse Osmosis Water Purification Units (ROWPUs) are the mainstay of this sector. ROWPUs work by passing dirty water through a membrane designed to allow only water molecules to pass through. In practice, dirty water will foul reverse osmosis membranes over time, so they generally have a number of filters on the front end to remove sand, mud, large particles, and related material. ROWPUs also generally have a single-pass mode or multiple pass modes, referring to the number of times the water is passed through membranes.

ROWPUs do have operational and maintenance issues. Reverse osmosis does not happen without a fair bit of power expenditure, which often gets provided by diesel generators. However, hundreds of litres of water are purified for each litre of fuel used, so this is a net logistical gain. Few ROWPUs are designed for truly continuous operation and they will need maintenance and exchange of consumable items like filters. All generate a waste stream, and in a heavily contaminated environment, this waste may be quite dangerous to handle.
A more thorough review of the military water purification manufacturers and products was in issue 04/2019 of this publication. However, some of the key players in this space are European. ACWA (UK), Stella-Meta (UK), Berkefeld (DE) and Kärcher (DE) are known providers in this space. Ampac, Terra Group, Highland Engineering, and MECO are names in the American market segment. Elsewhere, Tecimer (Turkey), Rowater (Australia), ELW Global (UAE) are also active in this market space. It should be noted that aid work disaster relief means that NGOs and international organisations are significant buyers of nearly identical products.

Chemical treatment and reverse osmosis are relatively mature technologies where improvements come gradually, such as increased efficiency and longer mean time between failure (MTBF). But there is an area in military water supply that is a relatively revolutionary technological development. Both chemical treatment and reverse osmosis methods need some source of water to begin with. The frontier in this area is the ability to pull water out of the air. These devices are called “Atmospheric Water Generators.” In all but the driest of places on the driest day, there will be the ability to generate some pure water from the humidity in ambient air. However, doing so does require a lot of power.

Water Gen is an Israeli company that provides commercial systems that extract drinking water out of the air. They have a line of commercial atmospheric water generation systems on the market, several of which could easily be adapted to military requirements. Water Gen’s largest system, the Gen-M-Pro, needs a minimum of 20 per cent relative humidity to work. But in humid air, it can pull 900 litres a day out of the air. This is, of course, at the expense of power – it draws 5.6 to 10 kilowatts.

There is military interest in this new field. A US DARPA programme called Atmospheric Water Extraction (AWE) is working with several companies and universities to explore improvements in this area. General Electric (USA) is working on this and calls their experimental product “Air-2-Water”. They are half-way through a four-year US$4.3m contract with DARPA. Observers of this subject are advised to watch the atmospheric water generation technology segment of the market.

Protecting civil society from both warfare and terrorism means safeguarding critical infrastructure. A key element in critical infrastructure protection is ensuring that domestic water supplies remain safe from all hazards. This is important in terms of both manmade threats (warfare and terrorism) and natural hazards, such as floods, earthquakes, and other disasters. The Fukushima nuclear disaster provided some concern about radioisotopes in water supplies.

Terrorist use of chemical or biological material in municipal drinking water supplies has long been something that antiterrorism professionals worry about. Large domestic water systems have certain structural advantages, however. The large quantity of water in even a small town’s water supply at a given time means that the amount of threat material needed to have appreciable impact is actually quite large, and often impractical. Many chemical warfare agents dissolve poorly in water or hydrolyse into other substances. Furthermore, routine municipal water purification processes and routine quality control monitoring are actually pretty good countermeasures against the majority of technical threats to drinking water. It should also be noted that protection efforts should not just focus only on the supply side of water provision. Sabotage or natural disaster damage to wastewater treatment facilities will also have deleterious effects on the environment, health, and economy.

Maintaining the safety and security of domestic water supplies is an important, if not particularly high profile, aspect of critical infrastructure protection. From a rational threat analysis point of view, the larger threats to drinking water integrity are not covert poisoning scenarios, but more mundane sabotage and vandalism. Preventing a supply of water purification chemicals, cyber-attacks on the control mechanisms for water purification processes, and actual physical sabotage of facilities or power to those facilities are all far more achievable than some sort of brute force poisoning effort. Vulnerabilities in this area were firmly demonstrated in February 2021 when a cyber-breach threatened the safe operation of a water plant in Florida, USA.

Another issue has been ensuring a robust supply chain for water treatment chemicals. Disruptions to trade and commerce have, in various places, caused periodic dislocation in supplies of chemicals, such as chloramine compounds, that are used for municipal water purification. Any holistic approach to security of water infrastructure needs to consider both supply issues and the actual safety of shipments.

The security and protection of civil water infrastructure is a valid segment of the physical and cyber security markets, but it is genuinely difficult to find product distinction in this area as the products and services are almost all generic. A CCTV system used at a water treatment plant is not appreciably different than one used for other applications. A number of the major players in traditional physical and cyber-security markets do attempt to address water supply issues.

Some of the developments of note in the civil sector are not necessarily commercial products and services, but pilot projects and broader integration efforts. The two largest movers in this area are the United States’ federal government and the European Union. In the USA, the Environmental Protection Agency has been leading and promoting various efforts. The USA’s “National Infrastructure Protection Plan” declares water as one of the sectors of concern and give the EPA national responsibility for it. The “Water Infrastructure Act of 2018” levied a requirement for periodic risk and resilience assessments and the development of emergency response plans for all but the smallest municipal water supplies. The EPA promotes compliance with this and provides technical assistance to local authorities and water providers. In addition, there are a number of US cyber-security initiatives focusing on water systems.

Within the European Union, there have been a number of research and development projects in the area of protection of water and related infrastructure. Broader critical infrastructure projects and programs generally include water in their remit. In recent years, there have been a number of specific FP7, Horizon 2020, and Horizon Europe calls and projects relevant in this space.

STOP-IT was a Horizon 2020 project that ended last year that aimed to provide “an integrated, modular platform that supports strategic/tactical planning, real time operational decision making and post-action assessment for the key parts of the water infrastructure.” BIWAS was a short small SME instrument project in Norway that focused on detecting biological threats in water.

FP7, Horizon 2020’s predecessor had an entire work programme to improve drinking water security in major municipalities from 2014 to 2016. TAWARA_RTM focused on detection of radioactive material in water supplies. SAFEWATER looked at affordable generic solutions for detecting and managing CBRN contamination in drinking water. ISIS aimed to investigate detecting biological and chemical hazards in drinking water. NATO had a project on “Technical advances to detect and remove contaminants in water for safety and security” in its Science for Peace and Security programme in 2013-2016.

Purifying water, detecting hazards, analysing threats, and providing protection to water infrastructure, both in military environments and in civil society, is an important if often-overlooked sector of defence and security. There will be developments to watch in this sector. 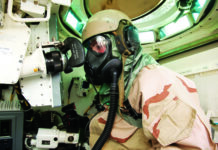 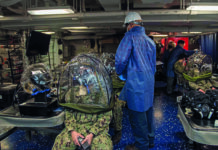 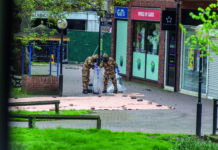 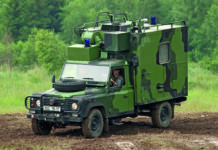 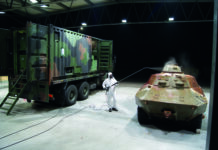 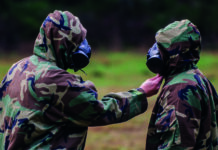 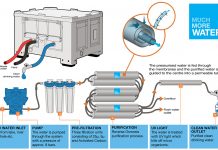