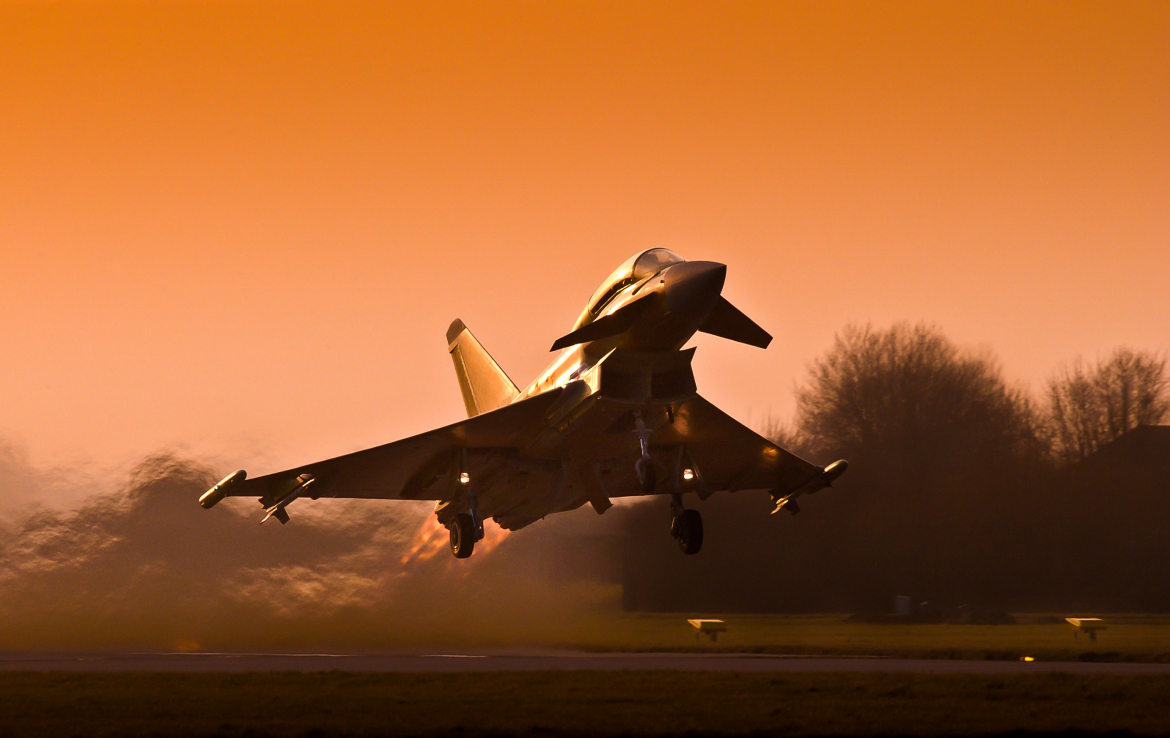 The International Traffic in Arms Regulations (ITAR) is known as the strictest export control framework ever imagined. It has caused a lot of ink to flow, and occasionally, even political tensions among allied countries. Two main acts underpin the US’ export control policy.

The Arms Exports Control Act (AECT) (1976), implemented by the ITAR, “governs the manufacture, export and temporary import of defense articles, the furnishing of defense services, and brokering activities involving items described on the USML” The latter covers thousands of articles and related services, including civilian products adapted for military use. DDTC’s Bureau of Political-Military Affairs is the primary administrator of ITAR, and is also in charge of designating defence articles and services with the concurrence of the Department of Defense (DoD).

Besides evaluation of export authorisation requests on a case-by-case basis, § 126.1 of ITAR prohibits exports, imports and sales to or from certain countries. This includes countries subject to United Nations Security Council sanctions or countries determined by the US Secretary of State to be state sponsors of terrorism.

The Export Control Reform Act of 2018 – superseding the Export Administration Act of 1979 – establishes statutory authority for the control of items and technologies considered to be “dual use”, meaning applicable to commercial or military use. The Act is implemented by the Export Administration Regulations (EAR). The Department of Commerce Bureau of Industry and Security (BIS) administers the EAR and maintains the Commerce Control List – the list of commodities, technologies, and software controlled by the EAR.

There are many convergence points and similarities between ITAR and EAR, on the one side, and other allied countries’ export control regulatory frameworks, on the other. The US – like other countries – aligns its export control regulations with several multilateral export control regimes like the Missile Technology Control Regime (MTCR) and the Wassenaar Arrangement (WA). In these multilateral frameworks, supplier countries seek similar understanding of various aspects related to the enforcement of their export control policies and establish common guidelines. However, this does not prevent diverging interpretations and national discretion when it comes to adopting and enforcing national legislation.

The scope of ITAR restrictions is vast. The reason for this lies not only in the complexity and length of the United States Munitions List (USML) but also in some underlying principles that guide its implementation and set it apart.

One of them is the “see-through rule” explained by DDTC as “a colloquial phrase popularly used to refer to the impact of certain ITAR controls”. Specifically, based on ITAR §120.6, § 123.1(a) and § 123.9(a) any item described on the USML is a defence article, which requires approval of DDTC prior to the export or temporary import, and “written approval of DDTC before reselling, transferring, reexporting, retransferring, transshipping, or disposing of a defence article to any end-user, end-use, or destination other than as stated on the export license, except in accordance with the provisions of an applicable exemption”.
What has fuelled many debates is that, moreover, if an ITAR-controlled defence article is integrated into a larger system or end-item, “the defense article does not lose its identity” (DDTC), so it remains subject to control.

Another, very contested, principle is what many authors call “extraterritoriality”. The US’ export control legislation does not clearly specify the extent of its jurisdictional reach and whether a principle of extraterritoriality applies. However, it contains other references that allude to it and gives broad authority to the President to control the import and the export of articles covered by the legislation.

The practice of extraterritoriality is not unique to the implementation of the export control legislation, but it can be found in the enforcement of other US regulations, for example, in certain international sanctions, in the fight against international corruption, or even in antitrust cases. Its application provides the possibility to apply the same obligations and related sanctions to non-US legal subjects (entities or individuals). Its rationale can derive either from the definition of what a “US person” or a “foreign person” mean in the context of that specific regulation, or – as is especially the case for ITAR and EAR – form the “US nationality” of the article or service being exported. As a result, a so-called logic of “follow the part” applies, whereby any foreign entity that deals with US-origin controlled articles or services becomes subject to the US export control legislation. This adds to potential sanctioning of any person (including foreign) who breach certain ITAR provisions, the cases of retransfers or re-exports without authorisation being the most obvious.

A good grasp of the potential scope of ITAR-related obstacles cannot be achieved without understanding the national policy dynamics, as well as the relationship between the two main lists – the USML and the CCL.

The two lists are regularly updated to reflect changes in technological developments, but also in US national security and foreign policy interests. The requirement introduced by the Export Control Reform Act of 2018 to establish an “ongoing process to identify and regulate, as appropriate, emerging and foundational technologies” is a novelty which illustrates the impact that technological developments can have on export control legislation.

As for national security and foreign policy interests, international or national developments can lead certain items to be transferred from one list to another, thus changing the jurisdiction under which they are controlled. Beyond technical considerations that might help distinguish defence articles from dual-use goods, the two notions could also to be used to help distinguish between the jurisdictions under which they are controlled. The potential for an item, technology or service to be placed on the USML can be vast since the evaluation of whether it has defence characteristics can be subject to interpretation, to inter-agency consultations, or to more profound political considerations (for example, strengthening vs. liberalising controls according to the threat perception at a given point in time).

For instance, concerns over the flow of satellite technology to China led in October 1998 to the US President signing the Strom Thurmond National Defense Authorization Act FY 1999 (Subtitle B), requiring that all satellites and related items placed on the CCL to be retransferred to the USML and controlled under ITAR. ‘‘Related items’’ meant ‘‘satellite fuel, ground support equipment, test equipment, payload adapter or interface hardware, replacement parts, and nonembedded solid propellant orbit transfer engines.’’

Following the Export Control Reform initiative begun in 2009 by the Obama administration, satellites and related items were removed from the USML and transferred to the CCL by virtue of the National Defense Authorization Act FY 2013. With this, “the see-through rule” for satellite export control was also diminished in that satellites which contained parts or components controlled under the ITAR, could remain under EAR control as opposed to automatic ITAR control of the entire satellite.

The post-Cold War consolidation of defence industries, cuts in defence budgets and globalisation of supply chains increased the need for multinational industrial cooperation in order to meet several allied countries’ modernisation requirements. While transatlantic industrial cooperation was and remains more necessary than ever, the complexity of export control restrictions, and often heated political debates, do not make industry’s task any easier. The lack of a lasting compromise, fuelled by overly-strong political stances, can hurt industries on both sides of the Atlantic but it can benefit common opponents. Given the current geopolitical situation, one can ask if the following examples from the “pre-COVID times” are still valid.

Among the high-profile examples, the start of the F-35 Joint Strike Fighter programme was paved by difficult ITAR-related discussions with partner nations involved in design and development.

Occasionally, the application of the “see-through rule” was a source of political tensions with certain European allies, especially France. In 2018, Egypt’s purchase of 12 RAFALE fighter aircraft jets – which was made conditional on the acquisition of SCALP missiles – was delayed because the US refused export of an American component integrated with the Scalp missile.

Similarly, the sale of FalconEye military surveillance satellites to the United Arab Emirates was also questioned in 2014 because of ITAR-controlled electronic components.
These types of situations fostered an “ITAR-free movement” in several countries, and even at EU level. Many discussions were held on whether the Future Combat Air System (FCAS) – due to replace both the RAFALE and the EUROFIGHTER – would be ITAR-free. This will probably depend on the political position and the dependencies of all partner nations – France, Germany and Spain. The French Senate 2020 Information Report on the FCAS highlighted “a necessary “dis-ITAR-isation”” and that “from the start, the FCAS project integrates the need to be less dependent on ITAR in the future”. For example, the MBDA’s MICA missile “is already designed to exclude any ITAR components”.

The Franco-German project to develop and produce a next generation Main Ground Combat System (MGCS) may be subject to the same type of discussions. This is particularly due to it being considered as a key project for strengthening European military capabilities, as recognised by the European Parliament annual report for 2021 on the implementation of the common security and defence policy. The report underlines “the need to strengthen EU-US transatlantic cooperation on the basis of an equal partnership” and “stresses the operational dimension of the partnership and the importance of ensuring that the Union maintains its strategic autonomy, in particular as regards the United States’ International Traffic in Arms Regulations (ITAR)”.

Although France was one of the most vocal in Europe regarding “dis-ITAR-isation”, examples also come from other countries or other European multinational projects. For instance, the German MoD 2017 tender for the acquisition of new assault rifles contained an ITAR-free criterion. An “ITAR-free” ambition was also expressed for the EURODRONE programme, the medium-altitude, long-endurance drone developed for Spain, Italy, Germany and France as customers, which also receives European Union grants.

That being said, it does not mean that European multinational projects that exclude articles or services covered by ITAR (or even CCL) are spared from export control complications. Indeed, aside from general EU regulations, industrial partners need to deal with the national export control requirements of each country involved in the project. Negotiations between partner countries on the export control framework to be applied to each specific program can also be a source of delays, as much as ITAR.

Changing with the Times

Reforming ITAR was probably on the agenda of nearly every export control discussion in the last 30 years, and even more. One must admit that extending or including ITAR conditions, or opting to go ITAR-free are national or multinational decisions that must be respected. The consequences of such decisions also must be weighed in terms of the richness of knowledge and innovation that can be generated from them. The 1990s gave us respite from Cold War logic, the 2000s brought about new irregular threats, the 2010s heralded the rise of ‘hybrid threats’, while the 2020s saw the invasion of Ukraine, and a return to a form of Cold War logic. Export controls should obviously adapt to all these changing situations and to technological evolution. As it stands, the current situation will most likely prompt transatlantic allies to sit at the same table and also adapt export controls at the multilateral level. 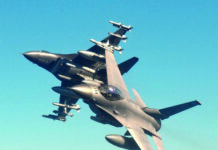