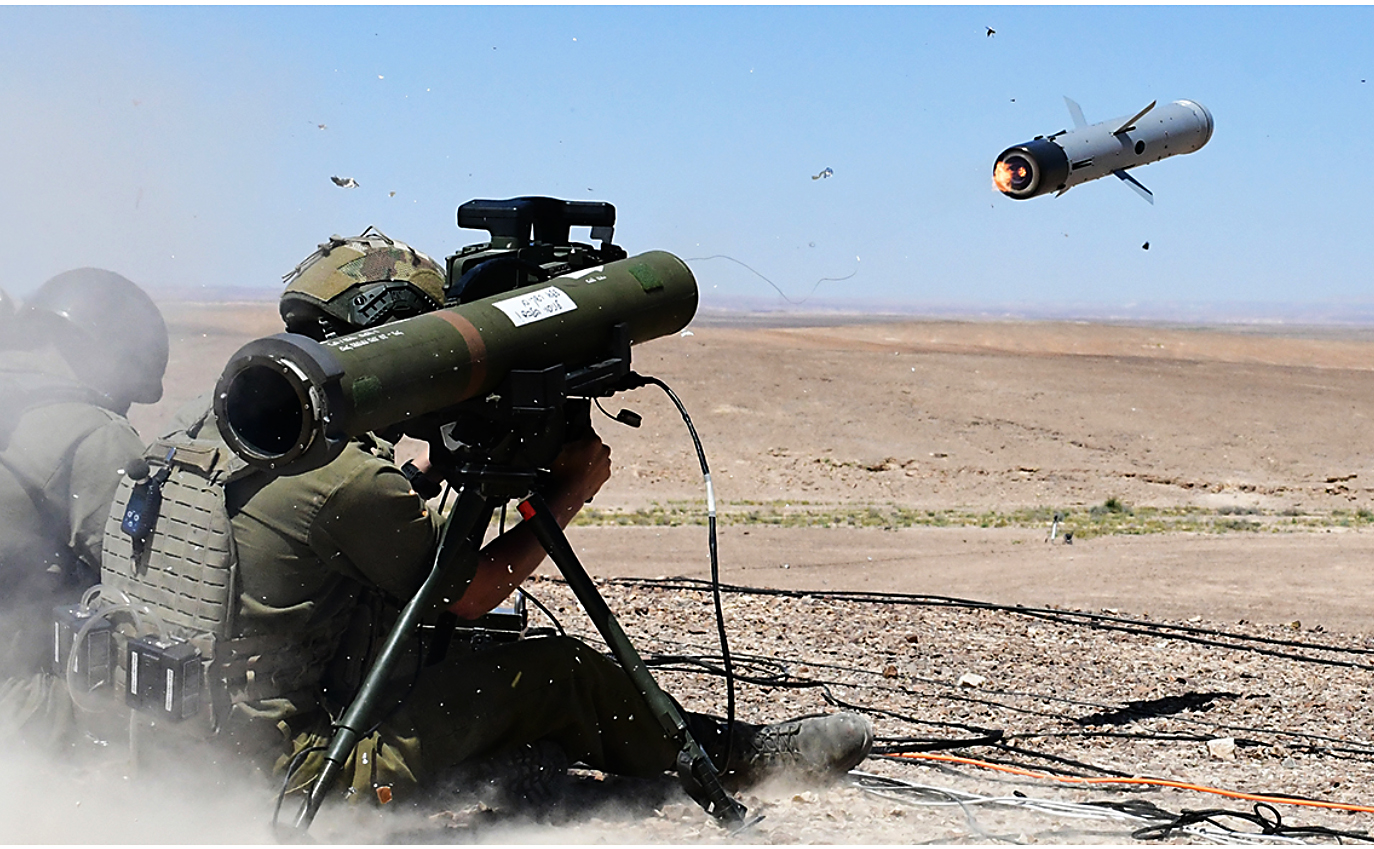 The demand in Europe for missile defence systems and border-patrol UAVs, coupled with what a number of countries perceive as a threat from Russia, are driving defence investments. The Russian-Ukrainian war that began on 24 February has substantially increased the chances for Israeli companies to supply land systems to the EU with one conditional caveat.

The Israeli Ministry of Defence (MOD) imposes strict end-user restrictions to donate SPIKE ATGMs to Ukraine as a result of Israel’s delicate balancing act, of keeping Russia happy and Ukraine satisfied. Despite this balancing act, pressure on NATO members to increase their respective defence budgets and military modernisation processes – particularly in Eastern Europe – is proving fruitful for Israeli companies, as businesses there can offer systems already proven on the modern battlefield.

It appears that Rafael Advanced Defence Systems’ SPIKE LR2 (long-range) Anti-Tank Guided Missile (ATGM) is the most common product that the Israeli company sold via Eurospike to EU Member States. This is a European Joint Venture between Rafael Advanced Defense Systems (also known as Rafael), Diel Defense and Rheinmetall Electronics. Wolfgang Herrnberger, Eurospike Managing Director, said in March 2020: “Procurement by Slovakia follows past contracts for the SPIKE missile by Germany, and the Baltic States – Estonia, Latvia and Lithuania, and also Denmark and Slovenia, which has created common ATGM capabilities within Europe, serving interoperability and potentially future cross-nation mutual support.”

It needs to be emphasised that in 2003, Rafael agreed to provide Mesko (PGZ member) with the necessary technology to produce the SPIKE LR ATGM. In September 2021, there were reports that Rafael would like to sign a new agreement to supply Mesko with new technology, allowing the company to produce the SPIKE LR2. In the author’s inquiry sent to PGZ, the company answer was that: “Due to our contractual obligations, we cannot disclose our agreements with Rafael.” Therefore, it remains unknown whether or not Rafael and Mesko signed a new agreement.

On the other hand, on 14 July 2021, Hungary signed an agreement with Israel to procure the SPIKE LR2 ATGM. The announcement states that the products for the armed forces will be procured in the first round and they should be tested in Zalaegerszeg on the locally manufactured LYNX KF41 IFVs procured from Rheinmetall. The number of missiles due to be purchased is not specified; however, the chances are good that the missiles will be used more extensively sooner rather than later.

The Tallinn-based Centre for Defense Investment (known as RKK) reported that on 20 January 2022, that Estonia had agreed to purchase the Rafael-built 500 SPIKE SR ATGM. The first consignment will arrive in late 2022, and will include ancillary equipment such as training missiles. The launchers are reportedly already in the country. Ramil Lipp, the Armament Category Manager at the RKK, said: “This a single-use anti-tank missile with a range of up to two kilometres and it is also capable of attacking moving targets.”
Colonel Eero Rebo, Defense League Chief of General Staff, said that: “The new weapons will significantly increase Estonia’s anti-tank capabilities. The new anti-tank weapons will ensure better combat power for the units of the Defense League, thus helping us neutralise an adversary from further away and more accurately.”

PANZERFAUST 3-IT – Exception to the General Rules

The PANZERFAUST-3-IT is an anti-tank missile capable of destroying tanks such as the Soviet-era T-72 and T-80. Manufactured by Germany’s Dynamit Nobel Defense, a subsidiary of Rafael is expected to arrive in Ukraine. In order to clarify the aforementioned case, it needs to be remembered that Germany, the original equipment manufacturer (OEM), did not need to ask for Israel’s approval to transfer the weapons because the plant based in Birbach was only acquired by Rafael in 2004. In addition, the German Government had been financing the development of the missile since its introduction into service in 1973. Therefore, this case differs from that of the Baltic States, which were not allowed to donate SPIKE ATGMs to Ukraine.

The success of the Eurospike joint venture led to the formation of a new Eurotrophy Joint Venture between Rafael, Krauss-Maffei Wegmann (KMW) and General Dynamics European Land Systems (GDELS). A new joint venture is responsible for the marketing, sales and production of the TROPHY Active Protection System (APS) for wheeled and tracked armoured vehicles to EU Member States.

The first deal for delivering the TROPHY APS for the German Army’s LEOPARD 2 tanks was signed between Germany and Israel in February 2021. German defence officials told parliamentarians that they considered the TROPHY, which is already in use on Israeli and American tanks, as the most advanced and operationally proven system available on the market. Apparently, the TROPHY is also used on British tanks. It remains to be seen whether 12 additional European countries that use LEOPARD 2 tanks will order the TROPHY APS, they are:

David Farmer, Team Leader for the CHALLENGER 3 delivery team at Defence, Equipment and Support, the procurement arm of the UK MoD, said in June 2021: “I am delighted to welcome Rafael to our cohort of industry delivery partners who are working together to bring CHALLENGER 3 to life.”

Brigadier General (Retired) Michael Lurie, Head of Rafael’s Land Manoeuvrability Systems Directorate, said: “The UK’s decision to choose the TROPHY for the protection of its crews, ushers a new era for its armoured forces as well.”

In February 2021, BAE Systems Hagglunds chose Elbit Systems to provide the Royal Netherlands Army with the Iron Fist APS and Commander Open Architecture Panoramic Sights (COAPS) for C90 IFVs under a US$82M contract. Work under the contract will be carried out for a period of four and a half years. Yuval Karakookly, the Vice President of Survivability for Elbit’s Land Systems Division, said: “The deal could lead to further work with the CV90 and potential business in other European markets.” The CV90 in addition to the Netherlands is in operation with Denmark, Estonia, Finland, Norway, Sweden and Switzerland.

Plasan Sasa Limited (also known as Plasan) announced on 3 February 2022 that it had signed a contract with Tess Defence S.A. to provide its advanced armoured package for the Spanish Army’s VCR DRAGON 8×8 wheeled combat vehicle.

The contract was signed in November 2021 and covers the first 348 DRAGON vehicles. The contract specifies that Plasan will supply its innovative lightweight and modular RPG protection, branded as Hybrid Slat Fence (HSF), and its unique mine protection solution for under belly and improvised explosive device (IED) side blast with its corresponding energy absorbing mine seats. Deliveries under this contract started in January 2022 and will continue until 2026.

Plasan CEO, Dan Ziv, said: “This contract is an important milestone in Plasan’s effort dedicated to the VCR DRAGON during the past years and a remarkable evidence for Plasan’s unique ability to adapt its technology and solutions to specific platform and customer’s needs. Plasan is proud to take part in the prestigious programme of the Spanish MoD and will continue to work closely with Tess Defence S.A. to ensure the successful implementation of the VCR programme.”

Elbit Systems announced on 21 March 2022 that it has been awarded a contract worth US$27M by the Swedish Defence Materiel Administration. This is to provide the Swedish Armed Forces with M339 rounds, 120 mm ammunition, and Data Setting Units, for its LEOPARD MBTs. Elbit said: “The Swedish Armed Forces selected the M339 to improve firepower and the ability of the battle tanks to engage different types of targets. The M339 complies with the applicable standards of the US military, the EU and NATO.”

Elbit Systems Land General Manager, Yehuda Vered, said: “I believe that this selection by Sweden underscores the growing recognition by Western armies of the unique quality of our portfolio of products.” It remains to be seen whether or not other European countries are set to order the M339.

Israeli small arms manufacturer Smart Shooter has offered the EU a solution against increasing UAV threats. These include systems to counter civilian quadcopters, as well as larger UAVs. The company’s SMASH family of solutions can be integrated onto assault rifles, and the business specialises in what it calls “one shot, one hit” capabilities to confront small UAV threats, meaning that the system controls the fire of the rifle so that each shot is released when the moving target is in the sight.

In February 2022, the Dutch military ordered the SMART SHOOTER system. Michal Mor, founder and CEO of Smart Shooter, hopes that the first European contract will lead to more deals within the EU.

Mor added that the market for Smash technology on rifles relates to transforming optics and fire-control, much like navigation apps have changed how smartphones are used. She said: “This is our vision of what modern armies will have in digital fire-control systems. Hopefully, we can bring the infantry to a new world: smart, precise and connected soldiers.” The current range for the system is around 250 metres which pairs with the effective range of hand-held assault rifles.

Israeli arms exports to the EU allow for continued extensive investment in R&D in order to remain in the forefront of the world’s defence industries, maintain Israel’s qualitative edge and remain an attractive supplier of land systems to badly needed EU Member States. Despite the Israeli MoD imposing end-users with restrictions to donate Rafael SPIKE ATGMs to Ukraine, it appears that the end-users, such as the Baltic States, accepted Rafael’s stringent conditions, because they urgently need SPIKE missiles that no other country can deliver. It appears that both the ATGMs and various APS systems will continue to dominate the EU Member States’ requirements for the foreseeable future. 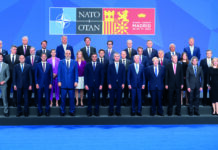 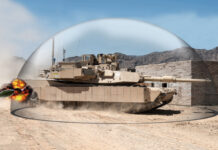 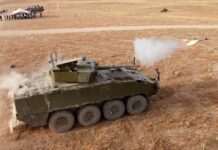 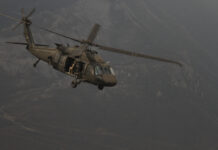 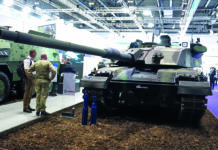 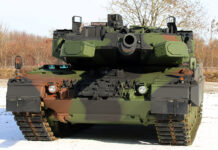 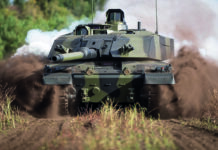 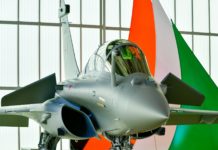