This realisation took place when in 1998 the US Tomahawk cruise missile missed its target in Afghanistan during a counter-terrorism mission, allowing Osama Bin Laden to escape from his hideout. Hence, the need to reach time-sensitive targets became a crucial reason to focus more on hypersonic systems under the US strategy of Conventional Prompt Global Strike (CPGS).

The second reason to develop these weapon systems was to be able to target hard to reach and deeply buried targets. For example, China’s hypersonic glide vehicle systems mounted atop ballistic missiles can deliver nuclear warheads and can make ‘bunker busting’ an easier task. Moreover, hypersonic cruise missiles with earth penetrating weapons can make these hard and deeply buried targets easy prey to adversaries’ attacks.

The Ukraine conflict is also proving how various kinds of defence systems have become integral to a state’s coercive diplomacy strategy. Use of hypersonic systems to achieve decisive results on the battlefield can become the future norm in conflicts and wartime situations. During the conflict, after reportedly using the KINZHAL in Ukraine, Russia successfully tested the ZIRCON hypersonic cruise missile in May. This was probably a message to Ukraine that Russia was not short of sophisticated weapon systems, including hypersonic systems.

Hypersonic Glide Vehicles (HGVs) are like all weapons delivered by medium- and longer-range rocket boosters. Boost glides extend the range of ballistic missiles as opposed to counter measures like Multiple Independently Targetable Re-Entry Vehicles (MIRVs) that reduce the range of missile systems.

The United States, China and Russia have focused intensively on HGV technology for missile defence evasion. However, unlike China and Russia that focus on nuclear capable HGVs, the United States has focused on conventional HGVs as a component of their CPGS. China’s HGV is called DF-ZF mounted on the DF-17. However, in the future, China could also mount it upon the DF-21s and considering that these missiles are dual capable, it would only add to more uncertainty in nuclear strategic stability.

In addition, reports claim that China is focusing on Fractional Orbital Bombardment System (FOBS) to integrate it with HGVs and develop a credible ‘deterrence by punishment’ mechanism. As stated by Lt. General Saltzman, deputy Space Force chief of space operations, “[a] fractional orbit means it can stay in orbit as long as the user determines and then de-orbit it as a part of the flight path.”

One of the biggest problems with FOBS is that they would violate existing international legal mechanisms that aim to reduce the threat of nuclear weapons. The 1967 Outer Space Treaty (OST) could be violated if China pursued FOBS, something that could lead Russia and therefore, the United States to also focus on the same.

It must be noted that during the Cold War, the erstwhile Soviet Union also developed and deployed a nuclear capable FOBS, but gave up such systems under the Strategic Arms Limitation Talks II (SALT II). But the Soviets did not place FOBS on HGVs unlike China, thereby making the task of interception a highly complicated process due to the high manoeuvrability of the HGVs. What makes it even more dangerous is the accurate re-entry from orbit which is very difficult to achieve with FOBS, thereby, making HGVs with FOBS a threat to strategic stability and leading to space weaponisation.

The US Army is also focused on the Long Range Hypersonic Weapon (LRHW) system. This will enable the US Army to possess a ground-launched ballistic missile system with glide vehicles of hypersonic speeds. Now that the Intermediate Range Nuclear Forces (INF) Treaty is defunct, the United States could choose ballistic missile systems of medium and intermediate ranges to equip them with HGVs.

The LRHW will be integrated with the Army’s Advanced Field Artillery Tactical Data System (AFATDS). It would be similar to the Army’s Common Hypersonic Glide Body (C-HGB) that was tested in 2020 by the US Army, in cooperation with the US Navy. These can be launched from both ground-based and submarine-base ballistic missiles. However, reports suggest that NAY is also in need of an air-launched Offensive Anti-Surface Warfare Weapon (OASuW) as a “natural imperative to maturing hypersonic capabilities.

Russia on the other hand has developed the 6,000km-range AVANGARD HGV that could carry a nuclear warhead and probably be mounted upon a silo-based RS-28 SARMAT ICBM, though in the future it could be also mounted on the road-mobile RS-26 RUBEZH to increase its survivability.

With China developing HGVs, in December 2021, Indian Defence Minister, Rajnath Singh urged the Defence Research Development Organisation (DRDO) to develop such systems in order to keep pace with China and strengthen its deterrence. However, in February 2021, there were reports that the private firm HTNP Industries had showcased a scale model of HGV-202F with a range of 5,000 km.

Japan also wants to keep pace with China’s modernisation in weaponry, and hence, in 2020, it decided to focus on Hypersonic Velocity Gliding Projectile (HVGP). The HVGP will possess a solid-fuel rocket engine that will boost its warhead payload to a high altitude before separation, “where it will then glide to its target using its altitude to maintain high velocity until impact.”

In 2022, North Korea test fired the HWASONG-8 which is believed to be an HGV, though it is only a short range to target South Korea and Japan. However, the reliability of North Korea’s HGV programme remains an open question.

In addition to hypersonic glide vehicles, some countries have also focused on hypersonic cruise missiles (HCMs). These scramjet powered missile systems work with the help of air breathing technologies, thereby negating the need to carry oxygen aboard the aircraft, making the weapon lighter and faster.

The United States is working on scramjet powered hypersonic cruise missile systems but have faced severe technical hurdles since 2010. But there were reports in April 2022, that the United States had successfully tested its Hypersonic Air-Breathing Weapon Concept (HAWC) from a B-52 bomber. In fact, just how prevalent the hypersonic arms race is, can be witnessed by the fact that right after the United States conducted the testing of its hypersonic weapon, Russia followed suit.

Hypersonic missiles are also crucial in the AUKUS partnership (Australia, United Kingdom and the United States.) According to former Australian Prime Minister, Scott Morrison, hypersonic cruise missiles will suit its defence needs to acquire long-range strike capabilities. In June 2022, there were reports that the British Armed Forces would be better equipped against future threats by developing weapon systems operating at hypersonic speeds.

Both developed and developing countries are focusing on hypersonic systems in order to enhance their deterrent and strike capabilities. Given the threat they pose, a ban on this class of weapon systems could be suggested. However, banning hypersonic systems would also bring ballistic missiles into the legal framework, unless specific treaties are considered such as the Treaty on Prohibition of Hypersonic Glide Vehicles. A legal framework on banning hypersonic cruise missiles would be an impossible task as most countries would attach pride and status to their hypersonic programmes. 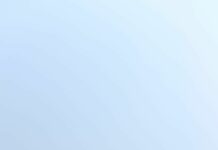 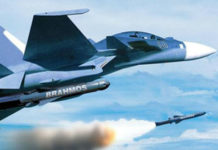 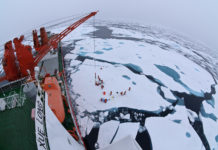 China’s Submarine Fleet in the Arctic