The seventh edition of the Doha International Maritime Defence Exhibition and Conference (DIMDEX 2022), which took place in the Qatari capital, registered record numbers of attendees and exhibitors, starting from the highest number of warships participating in the show’s history.

Under the patronage of His Highness Sheikh Tamim bin Hamad Al Thani, the Emir of the State of Qatar, this biennial event is hosted and organised by the Qatar Armed Forces (QAF). This year, it registered more than 200 worldwide and national exhibitors, including from Iranian industry and with a strong Turkish industry participation, in addition to the signature of 32 deals among Memoranda of Understanding (MoU) and Letters of Intent (LoI). The ‘connecting the world’s maritime defence and security community’ theme of the show and of the concurrent international conference attracted a turnout close to 20,000 visitors and as many as 90 VIP delegations.

The Qatar Emiri Naval Forces (QENF) showcased the models of its large fleet of new generation platforms, weapon systems and coastal missile defence equipment which represents a quantum leap in term of capabilities for a naval service currently equipped with fast attack craft. Among the participating warships was the first of its two 90 m cadet training/patrolling vessels delivered to QENF by the Turkish Anadolu shipyard in August 2021. Fincantieri has also delivered the first of four AL ZUBARAH class corvettes and two MUSHERIB class combatant OPVs respectively in October 2021 and January 2022. The training of their crews by the Italian Navy is being sped up in order for the ships to reach Qatar later this year and contribute to the protection of the 2022 FIFA World Cup. The remaining five ships, including the under-construction Landing Platform Dock (LPD), are following with deliveries in-country to be completed in 2025. In the meantime, the landing craft tank, two landing craft mechanised and a landing craft vehicle and personnel platforms under construction by the Turkish Anadolu shipyard (also present at DIMDEX 2022), will be delivered in October 2023.

Late last year, the QENF also received from MBDA the elements of the first new mobile Coastal Defence System (CDS) with MM40 EXOCET BLOCK 3 and MARTE ER anti-ship missiles under delivery, also showcased at the service’s and MBDA stands. The European group is also delivering VL MICA and ASTER 30 BLOCK 1 naval air defence missiles, the latter capable to provide, thanks to early warning by national air defence networks and Leonardo shipborne KRONOS radars, a defence against tactical ballistic missile threats. In addition to the already-in-service fleet of the Qatar Coast Guard built by the Turkish Ares shipyard and the fast missile craft of different dimensions delivered by the Turkish Yonca-Onuk company, the Qatar Emiri Special Forces Command signed an MoU during DIMDEX 2022 with the latter shipyard for delivering four additional MRTP 24/U fast patrol craft, alongside Balhambar and Performance Marine companies’ platforms.

Building on Leonardo’s experience in maritime surveillance centres, together with innovative systems and technologies, as well as the full integration of air and maritime components, the QENF awarded the Italian group a contract for a Naval Operation Centre (NOC) capable of providing a fully integrated situational awareness capability to support all operational and tactical stakeholders’ decision-making processes. BAE Systems, however, signed an agreement with Barzan Maintenance Shield and the QENF to deliver support for the BARZAN class fast attack craft, as well as naval base management services for the new Umm Al Houl main naval base near Hamad port.

Also involved in a huge modernisation and expansion programme, the Qatar Emir Air Force has been showcasing the cockpit functional replicas of the new generation Boeing F-15QA and Eurofighter TYPHOON combat aircraft, alongside the models of in-service Dassault Aviation RAFALE, Boeing C-17 and new rotary-wing platforms.

With deliveries in Qatar ongoing from November 2021, the Boeing F-15QA is joined by the Dassault RAFALEs, while the first deliveries of Eurofighter TYPHOONs by BAE Systems are planned for this summer to the joint UK-Qatar squadron in the UK, to be followed by transfer to Qatar in time for safeguarding the FIFA World Cup. The deal with BAE Systems also includes nine HAWK advanced trainer under delivery to another joint UK-Qatar training squadron, alongside a consistent training and in-service support package for both aircraft types.

Aircraft on Display at DIMDEX 2022

During the Qatar National Day parade last December, the QEAF also showcased the first two of six M-346 advanced and lead-in fighter trainers under delivery by Leonardo together with a training package provided in Italy by the International Flight Training School (IFTS), a partnership between Leonardo and the Italian Air Force under the umbrella of the two countries’ defence agreements. In addition to 24 new Boeing AH-64E APACHE combat helicopters, in December 2021, the QEAF received the first NHIndustries NH90 in the tactical transport (TTH) version under a contract awarded in 2018 to Leonardo as prime contractor with NHIndustries for the supply of 16 NH90 TTHs assembled by Airbus Helicopters and 12 NH90 in the NFH naval version by Leonardo; the scale model of the latter was presented at DIMDEX 2022. Just one week after, the first two NH90 NFH were delivered to the QEAF by Leonardo, while the training package provided by the Italian Army and Leonardo has so far accumulated over 2,000 real and 2,500 simulated flying hours.

During the exhibition, the Qatar Armed Forces signed an important cooperation agreement with Canadian CAE Group, which is actively involved in the latest major local combat air programmes and which lays the base for joint air operations simulation developments.
The Qatar Emiri Air Defence Forces (QEADF) was also present at DIMDEX 2022, displaying the latest developments and deliveries in terms of surveillance equipment and effectors. Alongside the main elements of a Raytheon PATRIOT battery with Lockheed Martin PAC-2 launcher and PAC-3 MSE missiles, the QEADF displayed a diorama with the model of Raytheon AN/FPS-132 Block 15 Early Warning Radar for detection of ballistic missiles up to a maximum range of 5,000 km, according to US Defense Security Cooperation Agency documentation, as well as of the mobile and fixed air and missile surveillance network of Leonardo KRONOS GRAND 3D radars. In addition to the PATRIOT system, the QEADF is putting into service the Raytheon/Kongsberg NASAMS mid-range air defence missile system, of which the AMRAAM ER (Extended Range) displayed during the exhibition is planned to complement the in-service AMRAAM munitions later this year. For the first time, the QEADF also showcased elements of the Oerlikon SKYNEX VSHORAD (very short air defence) system, which European Security & Defence understood, will be delivered soon, making the service the first known customer of the new generation Rheinmetall Air Defence system. The baseline system includes four REVOLVER Mk3 35 mm guns, C2 and sensor modules, the latter equipped with Rheinmetall’s Italia X-TAR3D 3D radar.

Barzan Holdings, which forms the backbone of Qatari efforts to develop its domestic defence and security industry, was present with its subsidiaries Barzan Aeronautical, which was showcasing its latest surveillance platforms under development, including the manned Q02 ISR Observer, and the unmanned A5000 and Orion, Barood Ammunition Factory, Barzan Kongsberg, Special Operations Training Company, Bindig joint venture with Beretta, and Rheinmetall Barzan Advanced Technologies (RBAT) with the German group. The latter was showing the new modular and multi-domain C2 system entirely developed in-country for defence and security customers.

Interestingly, during the show, the QAF signed an MoU with RBAT regarding an ‘experimental’ anti-drone system (as termed by local media outlets). The protection against these threats became a major requirement in the light of 2022 World Cup, being closely followed by European and US companies. The Qatar Armed Forces have, however, heavily invested in advanced training facilities with the ‘Project 401 integrated training centres’ including the Brouq joint special forces naval centre. The Qatari Government also showed how Barzan Holdings invests directly in technologies and programmes for national development, with the participation of the Emir of Qatar at the unveiling ceremony of the two full-scale mock-ups of the UK’s Aeralis company’s innovative modular jet, for which Barzan Holdings provided investments in the early phase of the development programme. 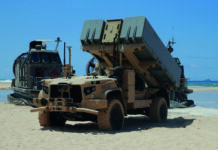 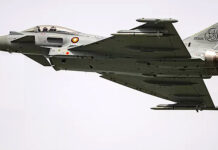 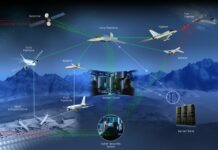 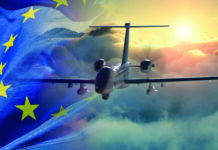 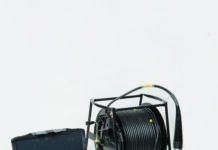 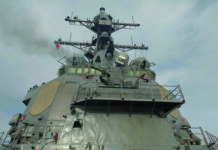 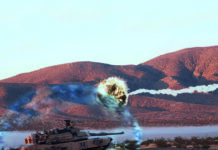