In order to maintain and strengthen the domestic defence production and technology base, the Ministry of Defence will investigate the introduction of a mechanism to properly assess the costs and profits of businesses, as well as initiatives related to strengthening cyber security, facilitating business succession, promoting defence equipment transfer, as well as maintaining and improving defence-specific technologies.

In order to increase defence industry sales, a project feasibility study will also be carried out, in which the public and private sectors will work together to identify potential requirements in partner countries and propose equipment transfers. This response seems to be badly needed, given the number of manufacturers who have left the sector already.
Shimadzu, a Tier 1 manufacturer of major aircraft electrical equipment and components for the Self-Defence Forces, is withdrawing from the defence industry this year. The company produces a large number of items, including air-conditioning equipment, cockpit displays and flight control systems for the C-2 cargo aircraft and P-1 patrol aircraft. Similarly, KYB (also known as Kayaba) announced their withdrawal from the aircraft business in February this year. The company’s products include actuators, valves, wheels and brakes for aircraft. Both companies develop and supply components for the Japan Air Self-Defence Force (JASDF) P-1, C-2, US-2, as well as the F-15J fighter aircraft produced domestically under licence. The MoD expects procurement and operating costs to rise as a result of aircraft maintenance and specification changes resulting from vendor changes.

In the aviation sector, Yokohama Rubber has already withdrawn from fighter aircraft tyres in 2009, and in the same year, Sumitomo Electric Industries ceased development and production of aircraft radomes and fuel tanks for the MoD after production of the F-2 fighter aircraft ended. The company has stated that it would not participate in any future licensed domestic production of fighter aircraft. In 2005, glass giant AGC sold its aircraft canopy business to Fujiwara corporation a specialist of airframe components. Following on from these, in 2020, Daicel decided to withdraw from defence-related businesses such as ejection seats and explosives, and Yokogawa Electric also sold its LCD display business for aircraft and tanks to Oki Electric in 2021.

The withdrawal of these aircraft-related vendors has cast a significant shadow over the next generation of fighter jets, which are being jointly developed by the UK and Japan. It also does not help Japan with respect to costs of buying and flying aircraft. As it stands, Japanese-made aircraft for the JASDF are already many times more expensive to procure and maintain cost than comparable overseas aircraft. For example, the Cost Per Flight Hour (CPFH) of the JASDF Kawasaki C-2 is approximately JPY 2.74 million (USD 18,710), while the US Air Force (USAF) C-130J has a CPFH of approximately JPY 618,000 (USD 4,282) and the C-17 a cost of JPY 1.51 million (USD 10,457). The CPFH of the C-2 is therefore roughly 4.4 times higher than for the C-130J, and 1.8 times that of the C-17.

This trend continues into higher life cycle cost (LCC) per aircraft. The JADSF’s C-2 has an LCC of approximately JPY 63.5 billion (USD 440 million), compared to just JPY 9.4 billion (USD 65 million) for the USAF C-130J and JPY 34.9 billion (USD 242 million) for the C-17. As Japanese manufacturers withdraw from the defence sector, these already high procurement and maintenance costs are expected to increase further.

Outside of aviation, similar withdrawals from the sector have been occurring. Komatsu decided to cease development and production of new armoured vehicles in 2019. Not long afterwards, in early 2021, two more high-profile withdrawals were announced, with Sumitomo Heavy Industries withdrawing from machine gun manufacturing, and Mitsui E&S Holdings agreed to sell its naval vessel division to Mitsubishi Heavy Industries.

A key problem is that the defence divisions of major Japanese manufacturers have low sales numbers, which means that they cannot sustain their business if the scale of their operations declines. For this reason, unprofitable businesses are often sold to other companies, but there are also many cases of companies ceasing operations altogether. In the latter case, the Japanese MoD’s reaction has been one of alarm, since if something is not done to stem the exodus, entire design and manufacturing branches may wither and disappear, leaving Japan dependent on foreign imports. 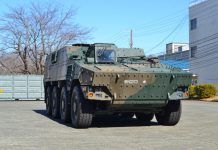 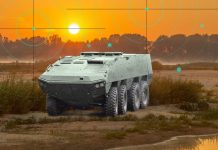 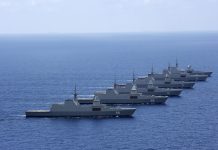 New Rifle and Handgun for the Japanese Self Defence Forces