On 20 December 2022, the Spanish Ministry of Defence (MoD) announced that they had received their first batch of VCR Dragón 8×8 wheeled armoured fighting vehicles. In a ceremony attended by Secretary of State for Defence, María Amparo Valcarce, and the Chief of Staff of the Army, General Amador Enseñat, the TESS Defence consortium presented the first seven series production Dragón vehicles and five technology demonstrators in at least three variants at the GDELS-Santa Bárbara Sistemas plant in Alcalá de Guadaira (Seville).

TESS Defence is an association of Santa Bárbara Sistemas, a subsidiary of General Dynamics European Land Systems (GDELS), Indra Sistemas, Escribano Mechanical & Engineering and Sapa Placencia for the development and production of the Dragón, which is based on the MOWAG Piranha V design. Spain’s first tranche contract covers the delivery of 348 vehicles, with deliveries scheduled for completion in 2027.

In July 2022, the Critical Design Review had determined that the Infantry Fighting Vehicle (IFV) and Engineer variants were sufficiently mature to begin production and testing. General Enseñat stressed that the new vehicle would be the backbone of the Spanish Army’s Brigade 2035 concept, citing the enhanced capabilities that the vehicle would provide the Army through its combination of protection, mobility and situational awareness. Defence Secretary Valcarce hailed the delivery of the first serial production vehicles as a milestone for national industry. 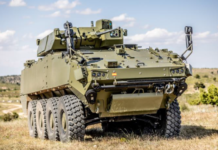 Plasan to Provide Armour for DRAGÓN 8×8 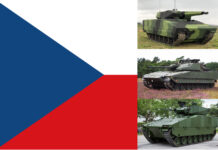 Trio of IFVs in Czech Competition