U.S. exercise Defender-Europe 20 begins. First equipment – track and wheeled vehicles as well as other equipment from 2nd Brigade Combat Team, 3rd Infantry Division – from the continental U.S. will arrive in German port Bremerhaven on February 21. “Defender-Europe 20 demonstrates the U.S. military’s ability to rapidly deploy a large combat-credible force from the U.S. to Europe to support NATO and respond to a crisis,” U.S. Army Europe said on desired outcome. “Once in Europe, U.S. service members will spread out across the region to participate in various annual exercises with our allies and partners. Defender-Europe 20 will conclude with the redeployment of U.S.-based forces and equipment.”

In a conference held previously, Brigadier General Sean Bernabe, Deputy Chief of Staff, G3, U.S. Army Europe, explained: “The exercise Defender-Europe 20 is a Headquarters, Department of the Army-directed, U.S. Army Europe-led exercise designed to build strategic readiness for the United States Army.  Defender-Europe 20 will bring 20,000 U.S. Army soldiers with their assigned equipment from the United States to Europe, and then move those soldiers to training areas throughout Europe to participate in other, smaller exercises.  These other exercises have names you may recognize – for example, exercise Swift Response, the annual exercise featuring multinational parachute operations across Europe; or exercise Saber Strike, the biannual exercise featuring ground maneuver in Poland and the Baltic states; exercise Allied Spirit, focused on interoperability at the brigade level and below between allies and partners; or exercise Dynamic Front, the annual exercise designed to improve interoperability between allied and partner artillery units. Of course, once these smaller exercises are complete, Defender-Europe 20 will redeploy those 20,000 U.S. forces back to the United States to prepare for their next mission.”

Even though this exercise has no direct link to the NATO Readiness Initiative, the United States are “not only building strategic readiness by moving these 20,000 forces from the continental United States to Europe and then moving them across the continent to training areas, but then we are also building tactical readiness with every one of these smaller exercises,” Barnabe said. “As we build that tactical readiness, as we give all of these units a chance to practice tactical tasks, and as we allow some of the key headquarters from the NATO force structure – for example, the Allied Rapid Reaction Corps, or Multinational Corps Northeast – as we allow them to practice commanding and controlling large-scale ground combat operations in simulation or in microcosm live exercises, we are certainly building readiness for NATO as a whole.”

Germany will be the main transit zone, due to it being in the center of Europe. “Germany will see the transit of convoys moving from the seaports to the training areas in Poland or in the Baltic states, the arrival of forces into airports and then the movement of those forces by ground convoy or by bus to those training areas,” Barnabe said. “We have four main avenues moving from those ports to the various training areas in Germany and Poland.  We are coordinating those with the local authorities and, in fact, we will very much appreciate the assistance that the local authorities will provide in escorting wheeled convoys, for example, across those routes and then especially through the most congested parts of those routes.  One key note, I think, is that we’re planning those movements for night time to minimize the friction that those movements could cause for normal civilian traffic.”

So on February 21 this biggest deployment and logistic exercise since the end of cold war will start in Bremerhaven, Germany. 20.000 soldiers and their military equipment will travel through Europe, mainly Germany. It is necessary to conduct such large scale exercises, the outcome will be interesting for whole NATO. Defender-Europe 20 also shows the still strong U.S. commitment to Europe, despite European countries not reaching their promised investment in defence for decades. But it is also a test how much support American troops could expect from their European Allies in case of real war threat. Therefore Defender-Europe 20 is much more than “just” 20.000 soldiers roaming Europe, it is a political statement, a commitment test and a readiness evaluation of almost every NATO member. Let it be troop provider, logistic supplier or transit zone. 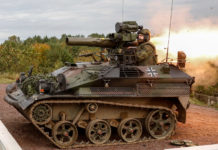 Modernization of the German Wiesel AWC 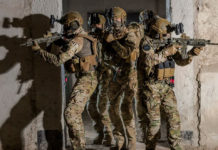