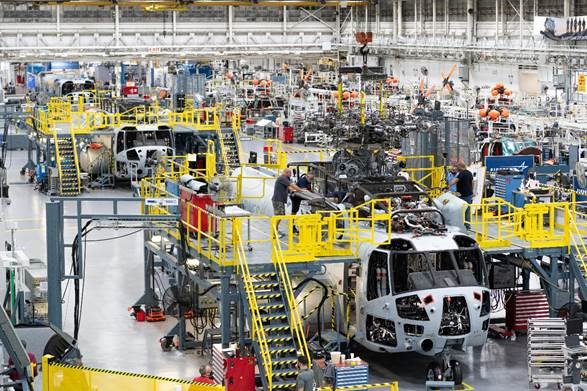 Sikorsky has announced the delivery of the first CH-53K to the US Marine Corps (USMC) from its newly built series production facility.

The hallmark of the modernised plant is said to be its comprehensive digilisation. From the first design to the last screw, all processes, the corresponding documentation and the technical procedures are bundled in a digital system, the “digital thread”, the company writes.  This supports manufacturing according to the corresponding quality and safety standards, as well as to precisely monitor the installation of the individual components.

At the production plant, CH-53K series production takes place at six stations. 36 helicopters are currently in various preliminary stages of series production. Lockheed Martin pointed out that all critical components are manufactured or finally assembled at the plant. The T408 engines, which are the result of a direct collaboration between engine manufacturer General Electric (GE) and MTU Aero Engines of Germany, are also assembled at the facility. The entire facility offers potential to expand the production rate if needed. Plans for production extend well beyond 2032.

According to the company, the CH-53K is currently undergoing the final stages of operational testing with the USMC. Crews and technicians from the force are now operating the aircraft completely autonomously with the objective to complete the flight programme for the transfer of the aircraft into operational service.

The USMC is procuring a total of 200 transport helicopters at a unit cost of about €105M. Israel decided earlier this year to procure 18 CH-53Ks. In the – currently interrupted – competition for the heavy transport helicopter of the German Armed Forces, the CH-53K is one of the two competitors. The demand in Germany is for approximately 50 aircraft. 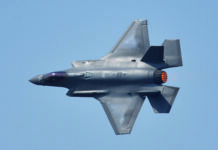