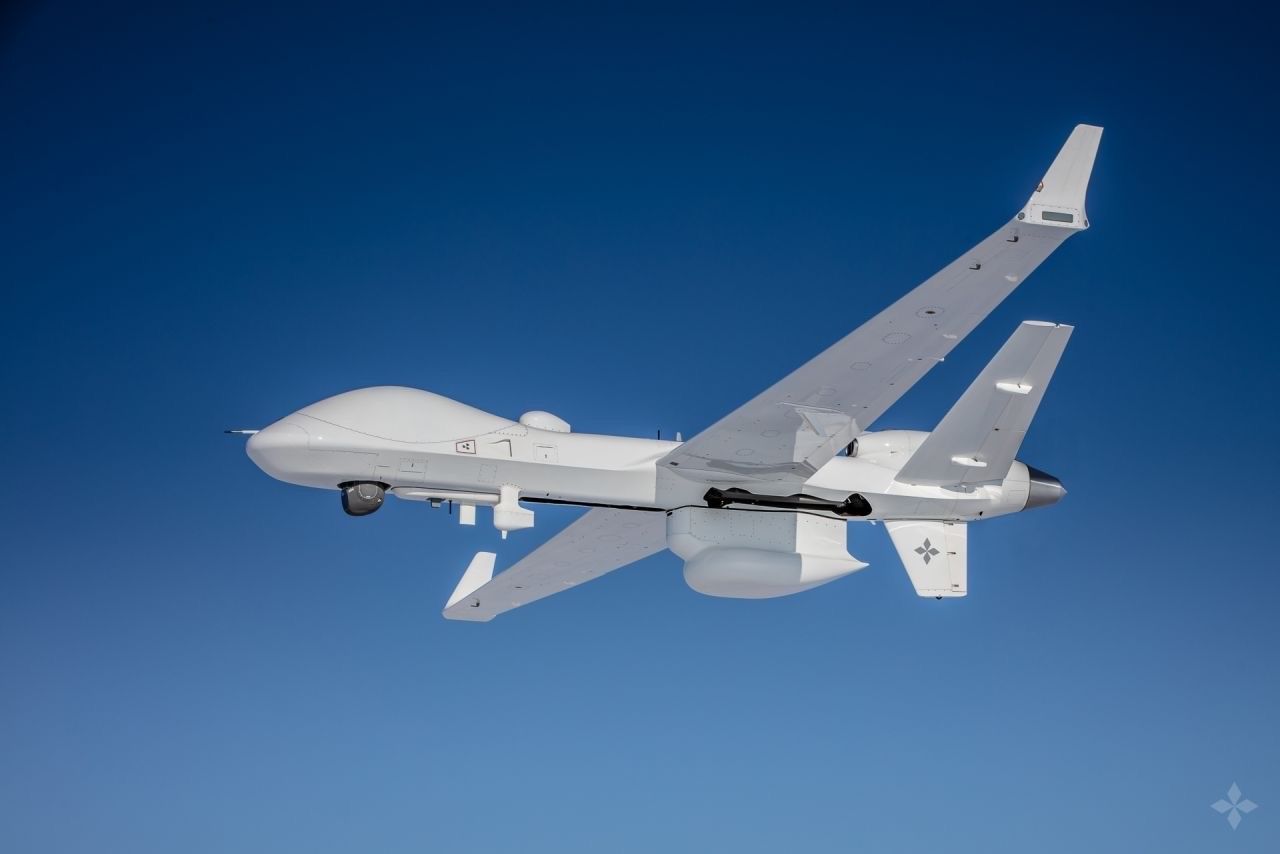 General Atomics Aeronautical Systems Inc. has reported the completion of a series of flight demonstrations that featured a company-owned MQ-9B SeaGuardian® Remotely Piloted Aircraft (RPA) in partnership with the Royal Air Force (RAF). The demonstration series began on 25 August and ended with the completion of the UK’s Exercise JOINT WARRIOR on 30 September 2021.

The objective of the flights was to showcase the operational capabilities of the MQ-9B, including the platform’s maritime Intelligence, Surveillance and Reconnaissance, Detect and Avoid System, endurance and interoperability with NATO partners. During JOINT WARRIOR, a demonstration of Manned-Unmanned Teaming took place using the SeaGuardian and an RAF P-8. This demonstrated the RPA’s ability to complement and support Anti-Submarine Warfare tasking, which included tracking, monitoring and reporting of sonobuoys.

The demonstrations were initially based out of RAF Waddington before moving to RAF Lossiemouth to support Joint Warrior. While based at RAF Waddington, one flight saw SeaGuardian fly to Leeuwarden Air Base, taking the RPA into Netherlands airspace, while testing airspace operational procedures. This demonstration, which took place on 1 and 2 September, displayed SeaGuardian’s maritime surveillance capabilities in support of international allies, the company writes. The Royal Netherlands Air Force has ordered four MQ-9A RPA and the first is expected to be delivered to Leeuwarden later this year. SeaGuardian returned to RAF Waddington at the conclusion of the event.

Next came the UK’s first Civil Aviation Authority approved point-to-point domestic flight of a UAV using the UK’s airways structure, when SeaGuardian flew from Lincolnshire, England to Moray, Scotland on 12 September. The flight was controlled by NATS, the UK’s civilian Air Navigation Service Provider. A large set of airworthiness artifacts have been reviewed by the UK Civil Airworthiness Authority, who have approved MQ-9B for operations in unsegregated, uncontrolled airspace for the first time based on the suite of airspace deconfliction technologies and extensive documentation provided in the safety case.

SeaGuardian is the maritime version of the MQ-9B SkyGuardian®. As the launch customer, RAF has ordered 16 aircraft in their configuration, which they have named the PROTECTOR RG Mk1 RPA systems. The PROTECTOR is a derivative of the SkyGuardian, featuring an array of customer modifications.