Start Articles Exclusive “XENTA has been a game changer for Weibel.”

As of 3 January 2022, Frode Scott Nilsen has been the new Chief Executive Officer at Weibel Scientific. The 49-year-old Norwegian intends to lead the radar company through yet another growth journey by strengthening the global presence in existing markets and gaining traction with the XENTA surveillance radar for defence and commercial applications.

ESD had the opportunity to interview him three months after he was appointed CEO.

ESD: Could you give a short overview of the company’s key capabilities and products, number of employees, and financial power?

Nilsen: Weibel´s prime business is providing range instrumentation radars in X-band on a global basis. In addition to this, we have been the World´s premier supplier of muzzle velocity radars for artillery and mortars for the last 30 years. Lately, Weibel has launched a surveillance product line designated XENTA which addresses the rising demand for counter UAS and short-range air defence radars. XENTA is remarkably different in that this radar offers both detection of small, low and slow micro UAVs at long distances, and long distance detection of traditional air targets such as helicopters and fighter jets. Weibel has tripled the revenue and number of employees over the past four years. With the addition of the XENTA product line, we aim to triple again over the next few years.

Nilsen: It is always exciting to get closer to a company. Prior to my appointment becoming effective, I had a very close look at the company in the scope of conversations with the Board, and I feel I was given an honest impression of the company. What I have seen during my 100 first days is products and technology that are superior. The technical depth and expertise of the company has surprised me, and the technical talent in Weibel is simply unmatched. Weibel has always worked very close with our customers, and to some extend tailormade equipment for each application. Going forward, Weibel needs to combine this flexibility with industrialisation and standardisation to be able to serve a bigger market. In addition, our ability to attract and attain employees will be critical to continue the growth path and deliver according to our ambitions. We have multiple ongoing development programmes and with our current growth, we are continuously seeking new employees.

ESD: Where is the company going in terms of its partnerships with Thales, Kongsberg and other primes?

Nilsen: Partnerships are an important part of our market strategy and Weibel is always open for business with OEMs and system integrators. We see partnerships with international companies as mutually beneficial. We certainly value each partnership.

ESD: How have the recent “wins” prepared Weibel for future collaborations and new business? And what impact is this having on your business strategy?

Nilsen: First of all, our strategy for the XENTA radar in the defence market is that we do not sell directly to end-users, but through system integrators and other OEMs. The cooperation with system integrators has reinforced our perception of the relevance of the XENTA radar. We have built a new production facility and we are scaling up our organisation on a monthly basis to bolster and prepare Weibel for the future.

Very important for the company is that we now have two business areas. Weibel is already strong in our traditional market for tracking and instrumentation radars, and now we are opening the huge market for surveillance radars. XENTA has been a game changer for Weibel.

ESD: Being a medium-sized, vertically integrated company, you are cooperating or competing with companies much larger than Weibel. Can you describe what that means for your daily operations and what challenges it poses for your business?

Nilsen: Firstly, our vertical integration is our strength. We have control over our supply chain and this has been beneficial to us during the global supply challenges. Secondly, I believe that being a focussed company is a strength. We do Doppler radars, we are dedicated, and we are lean. We have short chain of command, quick decisions and agility; and this is important to us to maintain as we grow.

ESD: What are your longer-term goals for growing Weibel Scientific? In which sectors should we expect to see new solutions?

Nilsen: We are currently in defence and space. We now are getting into Critical Infrastructure Protection (CIP); airports, and other critical civilian targets such as power plants, concert and open-air venues and sport arenas.

ESD: Denmark implemented a new strategy for Danish defence business in 2021 and your predecessor mentioned that your company size would have been at least 5 times bigger if this strategy had been implemented earlier. Could you explain what the difference is between then and now?

ESD: Denmark has just agreed to reach the 2% GNP level of defence spending by 2033 and to give the armed forces 1 billion DKK extra for the next two years. What impact will this have on your business?

Nilsen: We sincerely hope that it will have a positive impact. We have radar capabilities that fit the needs of the Danish Defence for, short range air defence, counter-UAS, ballistic missile defence, space etc. In addition to that, the discussion on national resilience may also spawn growing interest in our capabilities.

ESD: The Danish Government has asked the Danes to vote for (or against) our defence reservation in the EU on 1 June. If Denmark joins the EU Defence Agreement this will mean that Denmark will gain access to the European Defence Agency (EDA) and can influence the Permanent Structured Cooperation (PESCO). What implications do you expect for the Danish defence industry and Weibel Scientific?

Nilsen: From our side and an industry perspective, we are strong advocates to remove the exemption. To gain full and unhindered access to … EDA and PESCO projects may be a huge benefit. With the war in Ukraine in mind, the push for greater autonomy and a stronger European axis in NATO has never been more important. It is a delicate debate as defence contractors may be portrayed as supporting the vote because we want to make profits, but for us it is about the ability to influence EU decisions that impact Denmark.

ESD: How do you interpret the EU taxonomy not allowing investors to invest in the defence industry. The exclusion of investments in military equipment by the European Investment Bank (EIB) and affiliates are sending a strong signal which encourages civilian banks and other financial institutions to apply a similar policy. Well known banks in Denmark are also applying this policy. How does this affect a company like Weibel Scientific?

Nilsen: As a privately owned company we are not directly affected by that limitation.
Returning to the recent events and the drastic change in the security landscape, we think that reconsidering such limitations may be necessary. Looking into national and European resilience and the ability to survive as democratic societies, we do believe that investing in our common security is a requirement.

ESD: As Weibel’s founder once said: “We will not be satisfied until we reach the limits of physics” – are we getting close to it yet?

Nilsen: Weibel produces the best radars in the industry. In the way we have designed our radars, it is actually the processing power that constitutes the limitation. We collect more data than can be processed with present IT technology. As more powerful processors are released our radars get more advanced and sophisticated.
We have not reached the limits of physics yet, but we are certainly getting closer. L

The interview was conducted
by Bo Leimand 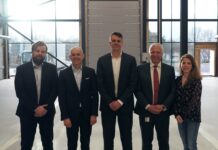 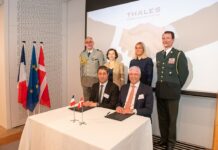 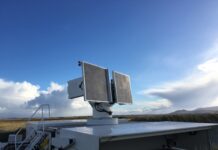