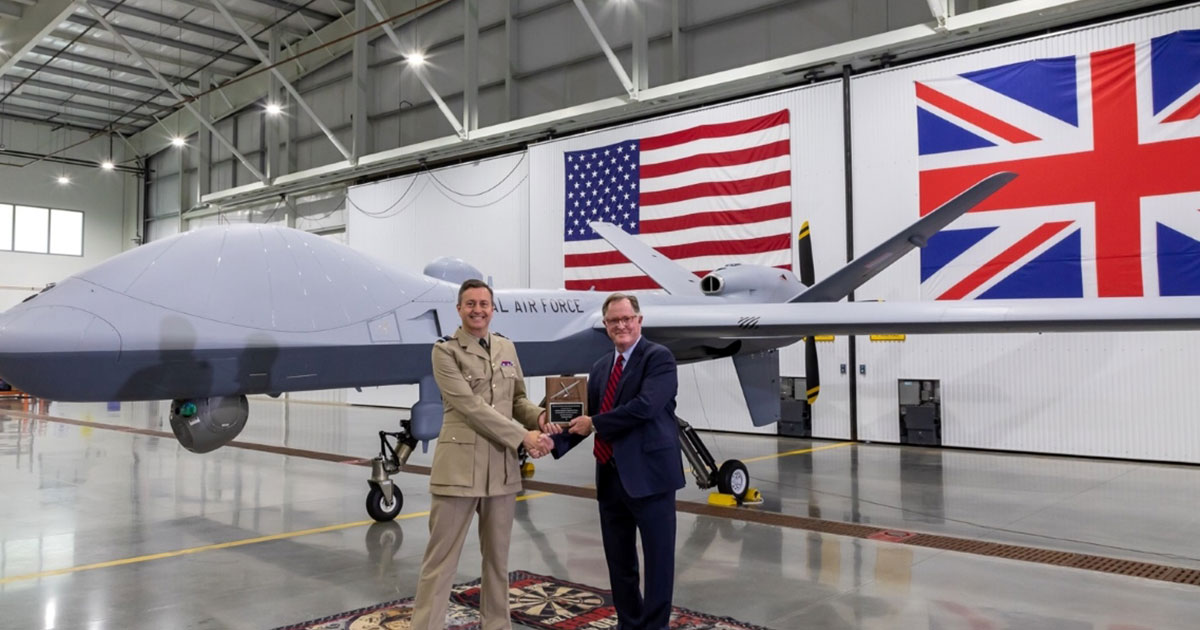 General Atomics Aeronautical Systems (GA-ASI) announced today that they have handed over the first Protector RG Mk1 Unmanned Aerial Vehicle (UAV) to the UK’s Royal Air Force (RAF), following the completion of the UAV’s acceptance test procedures. The aircraft was accepted by Air Vice Marshal Simon Ellard, Director Combat Air at Defence Equipment and Support, the procurement arm of the UK Ministry of Defence. Ellard stated that the UAV would be handed over to RAF Waddington during 2023.

The Protector RG Mk1 is a variant of GA-ASI’s MQ-9B SkyGuardian/SeaGuardian which has been configured to meet the requirements of the RAF, which was the launch customer of the MQ-9B.