Start Articles Policy The Peace Dividend is over, what now for the UK?

In the late 1980s and early 1990s, economists and politicians spoke of a Peace Dividend; the idea that with the collapse of the Soviet Union there would be no need for the states involved in the Cold War to invest enormous sums in their defence. Instead, it was hoped these sums would be diverted to social projects, and improving the lives of the populace.

For the UK, this was mostly the case despite a few sharp shocks such as the Gulf War. Defence spending as a percentage of gross domestic product (GDP) fell from its 1991 peak of 4.12% to a low of 1.95% in 2018. As this happened, the UK’s economy improved, so spending in USD increased from USD 47.05 Bn to USD 55.68 Bn over the same period, according to data from MacroTrends.

Nonetheless, important procurements were either pushed to the right or downsized. The procurement of AS90 self-propelled howitzers (SPHs) was delayed, meaning that a beleaguered British Army was forced to deploy to the Gulf War with its ageing fleet of M109s. Many other programmes have suffered similar fates; the FV432 Bulldog, a tracked APC in service with the British Army entered service in the 1960s, and is yet to be replaced. More prestigious programmes have also suffered through the Peace Dividend. In 2015, David Cameron’s government confirmed that it would buy 138 F-35Bs to meet the UK’s needs. This number is now 48, although in 2021 Boris Johnson’s government did express the goal of pushing that figure higher.

It should now be abundantly clear that the Peace Dividend is over. Russia’s invasion of Ukraine has thrown into sharp relief the nature of wars for survival between large militaries. Both sides have consumed vast quantities of ammunition, a troubling concept for the UK’s 3rd Division – its largest warfighting formation – which consumed its entire supply of ammunition during a simulated 10-day exercise in 2021. Losses of equipment have been extensive; The Oryx Blog indicates that Russia has lost 61 fixed wing combat aircraft. The UK previously procured 160 Typhoons, of which 30 are to be retired early, leaving a total fixed wing combat fleet of 178. If the UK suffered the same losses as Russia in a major war, it would represent over a third of its fleet. Personnel losses are also significant, a report from the Royal United Services Institute (RUSI) indicates that Ukraine has lost as many personnel as there are infantry in the British Army. The British Army is expected to have 19,400 infantry by 2025 – which are presumably a reduction over current levels. If typical casualty figures are factored in, which analysts typically assume to be 3-5 personnel for each fatality, Ukraine’s casualties would likely exceed the total number of personnel in the British Army.

It is apparent that the UK’s armed forces, if they were to fight a peer opponent today, would likely lack the mass or magazine depth to be successful. The UK’s answer to future threats is Multi Domain Integration (MDI), a concept that draws broadly on the US’ Joint All Domain Operations. It holds that by integrating the effects from across all five domains into a single chain of command, the UK will be able to achieve superiority at a time and place of its choosing without the need for added mass. The theory would technically enable the UK to achieve more combat power with less mass, or at least fully exploit the combat power it has. However, as the UK embarks upon the early stages of exploring this concept, its GDP is facing turbulence, with Goldman Sachs anticipating a “deeper recession than previously expected” by the summer of 2023. So, as the British MoD seeks to get more for its money, it will likely have to take account of the fact that in the short term at least, its defence budget will shrink in real terms, even if it is maintained as a percentage of GDP.

It follows, that if the UK is to take deterrence seriously and rebalance its armed forces such that they can fight and win in a war for survival, the British government will have to decisively increase its defence spending to ensure that its forces can be recapitalised and modernised in the coming years. However, with the cost of living crisis beginning to seriously bite, and years of austerity that have left schools, hospitals and critical national infrastructure under-funded, achieving this will be a difficult sell for any British government. At present, it seems most likely that the British Armed forces can expect more of the same: Minimal budgets and small packets of sophisticated capabilities. 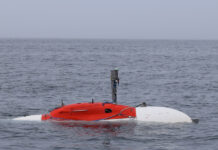 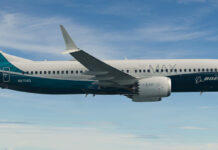 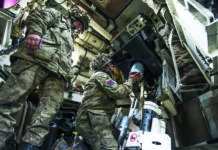