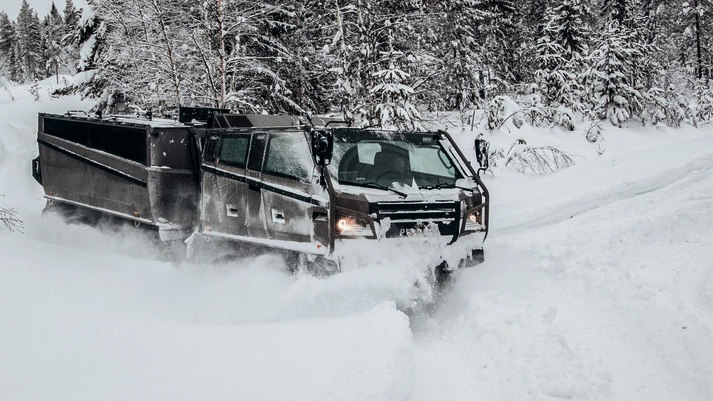 The US Army has decided to procure the BAE Systems Hägglunds BvS 10 BEOWULF for the Army’s Cold Weather All-Terrain Vehicle (CATV) programme, becoming the launch customer for BEOWULF. BAE Systems said it has been awarded a contract valued at US$278M to supply 110 vehicles as well as spare parts and logistical support. Deliveries are slated for completion by 2029.

The BRONCO 3 offered by Oshkosh/ST Engineering had also participated in the evaluation phase, but was not included in the delivery order.

The BEOWULF is based on the armoured BvS 10 despite being unarmoured itself, and will be the successor to the BvS 206 in US Army service. The articulated vehicle consists of two segments, each driven by a pair of tracks, with steering performed via an articulated joint that connects both segments. The vehicle is by a 210 kW Cummins Diesel engine, allowing speeds of up to 70 km/h on land. Thanks to the low ground pressure and the tracked drive, the BEOWULF can move over swampy terrain. The vehicle is also amphibious without preparation, and is propelled in water via the tracks, to a maximum swim speed of 4 km/h.

With a total weight of 15.5 tonnes, up to 3 tonnes of payload can be carried in the front segment (which houses the propulsion system) and up to 5 tonnes in the rear segment. When configured as a personnel carrier, the vehicle has space for up to 14 personnel including crew.

BAE Systems stated that the BEOWULF is being built by BAE Systems Hägglunds in northern Sweden, and includes several key components from US suppliers, such as:

Several European countries, including Germany, the UK, the Netherlands and Sweden have launched a similarly-titled joint programme known as Collaborative All-Terrain Vehicle with similar requirements to the US Army’s CATV programme. The Bundeswehr requirement is for 140 vehicles, valued at approximately €276m. An initial €25M funding request for this programme is expected later in 2022.