Amid the nuclear crisis, one thing that has remained constant in Iran’s national security strategy is the development and testing of a sophisticated ballistic and cruise missile capability. Missiles form an integral component of Iran’s national security strategy as such capabilities not only enable Iran to strengthen its hard power capability, but also promote soft power and coercive diplomacy. Missiles are integral to Iran’s proxy wars that it supports in foreign territories.

In January 2022, there were reports that Iran displayed three ballistic missiles- DEZFUL, QIAM and ZOLFAGHAR of ranges 1000kms at an outdoor prayer esplanade in central Tehran. It would be interesting to know if these missiles are identical to the ones used in 2020 to attack US bases in Iraq following the killing of Iran’s Iranian Revolutionary Guard Corps (IRGC), General, Qassem Soleimani. This display of missile capabilities came just when the nuclear deal reached a deadlock in January 2022. The significance of these three missile systems especially when the deal failed to reach any fruitful solutions is noteworthy.

Again, in February 2022, just a day prior to the Vienna talks, Iran unveiled a 1,450km range missile with reportedly better accuracy and greater speed, greater manoeuvrability and hence, higher chances of being resistant to interception than other missile systems in its inventory. While Iran wants to save the nuclear deal, it has conditions attached with it.

The Iranians want assurance from the United States and the “European 3” – Germany, Britain and France – that the ‘snapback mechanism’ with the help of which sanctions can be re-imposed on Iran be removed. They also want the sanctions under the US Countering America’s Adversaries Through Sanctions Act (CAATSA) and U-Turn sanctions on dollar transactions be lifted. Hence, displaying of hard power prowess that could threaten US power projection in the Persian Gulf could be a way to coerce the United States to rethink on these grounds.

One of the concerns of Iran’s nuclear programme has been its ‘Possible Military Dimension’ (PMD). What made it worse was the development of survivable delivery systems-ballistic and cruise missiles that are capable of carrying nuclear warheads. Iran is not only using its ballistic missile capabilities as weapon of ‘coercive diplomacy’ but it has also used its nuclear programme as weapon of ‘coercive diplomacy.’ In July 2021, Iran claimed that it had the capability to enrich uranium up to ninety percent- making its weapons grade. In 2021, Iran’s new President, Ebrahim Raisi, a hardliner, already planned to show less flexibility in dealing with the nuclear crisis and demanding more concessions- such actions have been well supported by Iran’s hard power prowess and the signalling of a capability to be able to produce weapons-grade enriched uranium.

Sophistication in Iranian missile program will continue irrespective of the nuclear deal becoming a success or a failure. An enrichment capability that would be weapons-grade along with delivery systems that are survivable to enemy strikes gives Iran stronger leverage to make the nuclear deal at least ‘a win’ situation for Iran. 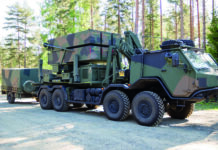