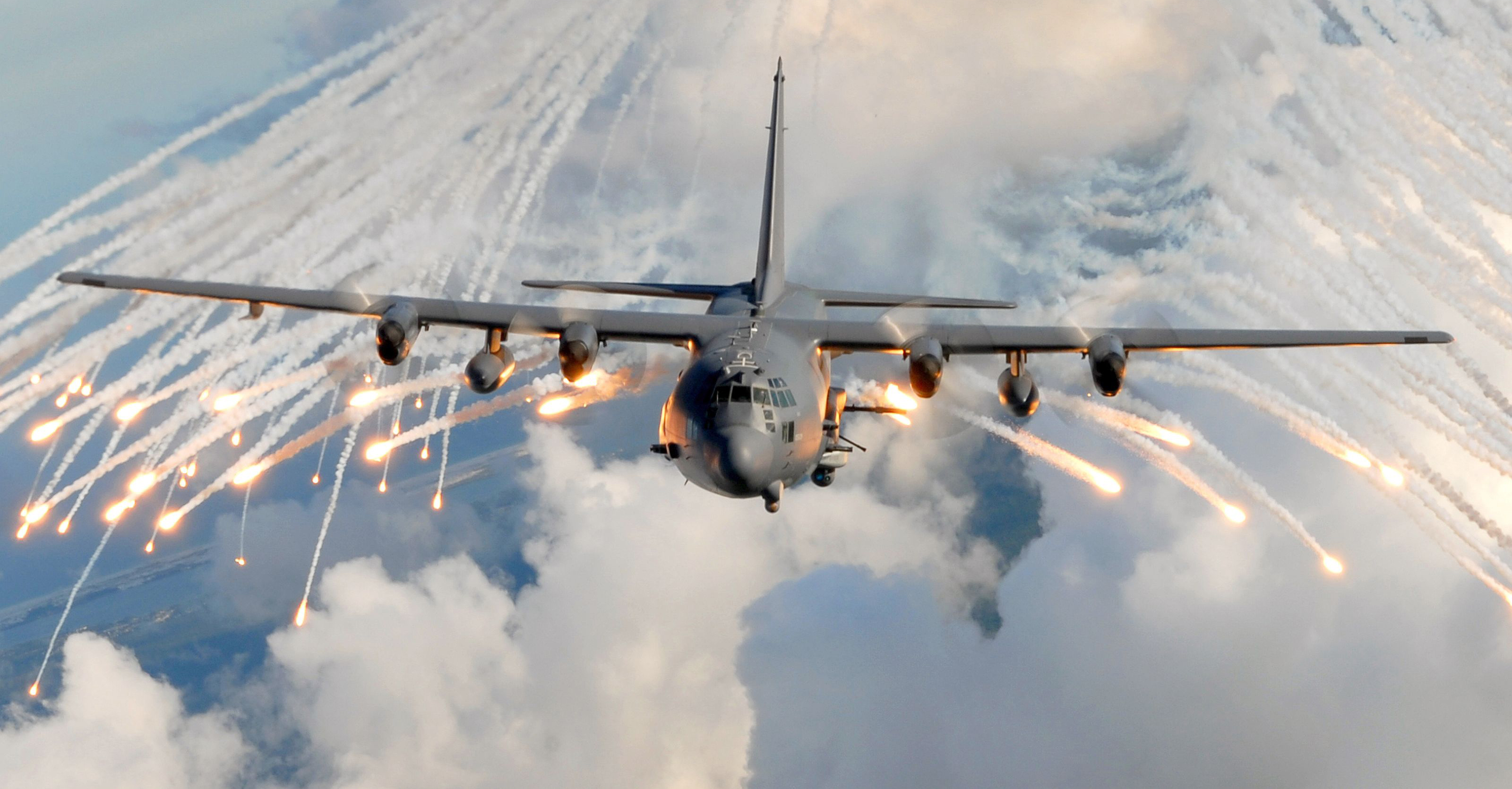 Israeli SEAHAWK Refit to be Delayed

Arie Egozi The deployment of surplus U.S SEAHAWK helicopters on the new SAAR 6 corvettes for the Israeli Navy, currently being built in Germany, has been delayed and will cost more than planned. It has become clear that the SEAHAWKs will probably reach Israel in mid-2021. When the helicopters were delivered to U.S Air Force personnel […]

Jack Richardson Indra will lead three of the main projects financed by the European Commission (EC) within the European Defence Industrial Development Programme (EDIDP) and will participate as a partner in two more, strengthening its position as one of the large companies leading the construction of “European Defence”. The company has been awarded the contracts […]

Jack Richardson  The Finnish Border Guard will operate the CAMCOPTER® S-100 for maritime surveillance purposes under an offer by the European Maritime Safety Agency (EMSA), which will also extend to Estonia and Sweden. The CAMCOPTER® S-100 will support the Finnish authorities in carrying out Coast Guard functions including: search and rescue monitoring and surveillance ship and […]

As with so many other areas of military equipment, experience gained over the past nearly two decades of intensive combat around the world by western militaries has seen significant changes in personal protection-related areas. In the past it seemed to be assumed that protective equipment such as body armour was nice to have, then combat […]

Although pandemics alone do not cause conflict or unrest, through the contexts they create together with the reactions of states, they can lead to political unrest and violence. Moreover, as a seemingly unavoidable side effect, pandemics also provide an opportunity for extreme or terrorist groups to pursue their agendas. As the world faces an invisible […]

Arie Egozi The Israeli Air Force (IAF) has equipped its AH-64 APACHE attack helicopters with two versions of Rafael anti-tank missiles, which it is now offering to the German Army aviation. According to the IAF, the two types have increased dramatically the fire power of this combat helicopter with the APACHE carrying the two versions on the […]

J C Menon Lockheed Martin has received a US$226m contract from the U.S. Army to recapitalise an additional 44 Multiple Launch Rocket System (MLRS) M270 launchers, following an initial contract, issued in 2019, calling for the refurbishment of 50 MLRS launchers, a company official informs. The programme will eventually upgrade the service’s existing fleet of 225 […]

Yury Laskin Active work is underway in the Russian Federation to create drones for defence purposes, a representative of Rostec told Interfax on Wednesday 24th June. Currently, the Russian military has been operating with mainly small reconnaissance drones equipped with photo, video and thermal imaging cameras, as well as relay equipment. One of the most […]

Charles Rampling Over the weekend of 18/19 April 2020, rural Nova Scotia saw the worst mass shooting incident in Canadian history. The perpetrator, Gabriel Wortman, aged 51, was responsible for the deaths of 22 people, and three injured. Wortman was killed by a Royal Canadian Mounted Police (RCMP) officer at a service station on 19 […]

Alan Warnes In recent years, the French Air Force (FAF – Armée de l’Air), arguably the most operational of any air arm in Europe, has seen its resources stretched. FAF assets are based all over the world these days in combat. In November 2018, the French Air Force Chief of Staff, General Philippe Lavigne, announced […]

Q&A with the Chief of the Spanish Navy:

Esteban Vilarejo Q&A with the Chief of the Spanish Navy: Spain stands by its commitments to NATO and the EU. The Spanish Navy currently has a permanent presence in the Euro-Atlantic, Mediterranean, Indian Ocean and Gulf of Guinea. In addition, the Spanish Navy participates in NATO operations, which also take its ships to the Baltic […]

David Saw Unnoticed by many and often uncredited, the French Army is in the midst of a major effort to enhance its operational capabilities through the acquisition of new equipment. In parallel with this it is working to upgrade the capabilities of its existing equipment, as well as investing in spare parts and maintenance to […]

Riot control employs a variety of equipment resources and approaches by police, military or other authorised security service personnel aimed at the control, dispersal or arrest of those involved in protests and rioting. Security agencies employ a variety of both personal and unit-level equipment to prosecute their tasks effectively. The equipment and tools used may […]

“The international strategic scenario is complex and uncertain.”

Spain stands by its commitments to NATO and the EU. The Spanish Navy currently has a permanent presence in the Euro-Atlantic, Mediterranean, Indian Ocean and Gulf of Guinea. In addition, the Spanish Navy participates in NATO operations, which also take its ships to the Baltic Sea, the Horn of Africa, and Libyan coast. To meet […]

No Place to Hide in the Dark

Night vision (NV) technologies have come a long way since the first devices appeared in WWII, and where the dark was once a total asset, continued evolution of NV capabilities has meant tactics have also had to adapt now that the cover of darkness has slipped from night-time’s shoulders. Since the first NV devices (NVDs) […]

Across the globe, increasing threats of terrorist attack against national targets, infrastructure and population, have security agencies on high alert. Incidents of explosive smuggling, including losses of radiological materials, are reported to be on the rise. Post-conflict unexploded ordnance contamination also remains a serious problem, globally. These factors, in turn, are driving urgency within defence […]

Renaissance of the Mortar

After many years of neglect, an increasing number of users are now placing growing emphasis on their mortar systems, as for most infantry battalions these are the only indirect fire weapons under their direct control and can therefore rapidly respond to calls for fire support. Recent mortar developments include 120mm turret-mounted mortars which can be […]

In recent decades, navies worldwide and the global defence industry have started to tackle the new airborne, missile and surface threats. The latter has influenced the development of multi-layered defence concepts for naval forces. The emergence of new supersonic, high-diving and highly manoeuvrable anti-ship cruise missiles (ASCMs) and new asymmetric threats has accelerated the development […]

The participation in the FCAS project, the new F-110 frigates and the 8×8 armoured fighting vehicle will boost Spain’s defence industry for the next decade. According to data from the Spanish Defence Industry Association TEDAE, Spain’s defence industry declined by 7.5% in 2018, reached a total turnover of €4.9Bn and employed 20,519 professionals in 388 […]

“We offer a mature modular turret system for the Spanish 8×8 vehicle programme.”

The widespread adoption of the specialised offshore patrol vessel (OPV) has been one of the key maritime developments of the post-Cold War era. Europe has been very much in the forefront of this trend. In addition to completing numerous vessels for national requirements, European yards have also been taking the lead exporting ships and design […]

If you have questions regarding your subscription of “European Security & Defence“, “Europäische Sicherheit & Technik“, “MarineForum” or “Mittler-Brief” contact our subscriber service: