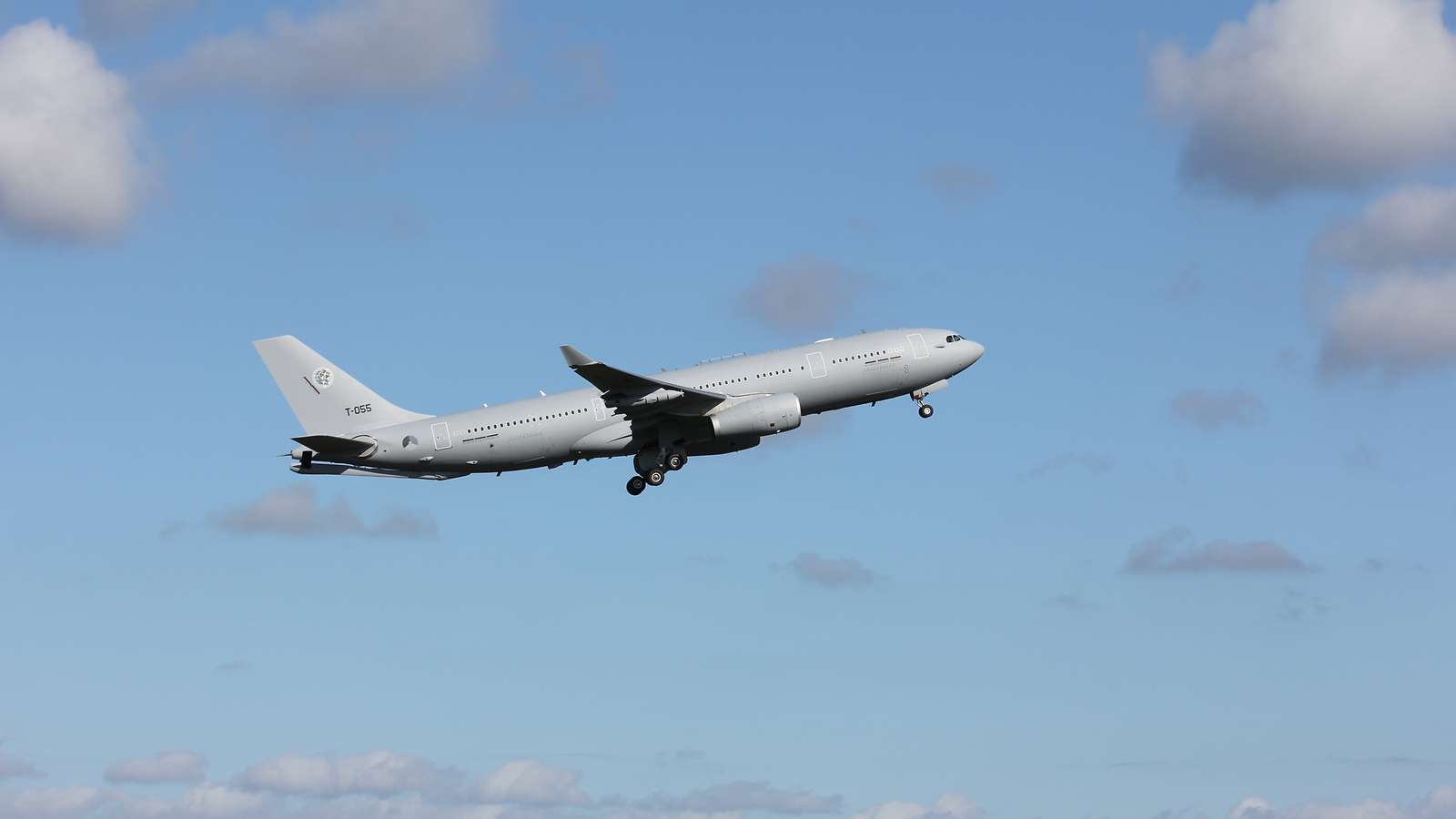 With only three days between each delivery, the last two A330 Multi-Role Tanker and Transport (MRTT) aircraft from the first tranche have been handed over to the Multinational MRTT Unit (MMU). This gives the MMU seven aircraft that can be used for transport missions from the Eindhoven and Cologne operational sites, and declaration of initial operational capability (IOC) is expected soon. Deliveries of the second tranche of two aircraft are expected to begin in 2024.

European procurement agency OCCAR ordered a total of nine transport aircraft from Airbus in 2016, with an option for two more on behalf of:

Under the programme, A330-200s are converted to the MRTT role in Getafe. Following acceptance, the aircraft become NATO property are managed by the NATO Support and Procurement Agency (NSPA). Since 2020, the aircraft have been delivered to the MMU via NSPA, and operational flights began as early as 2021, under the command of the European Air Transport Command (EATC). On 15 August, three A330 MRTTs are due to fly to Singapore alongside an air force contingent for the “Rapid Pacific” Exercise.

Each A330 MRTT is designed for 1,100 flight hours per year, and member nations are entitled to transport services in proportion to their financial contribution, providing the following flight hours:

Belgium reportedly intends to declare a requirement for an additional 1,000 flight hours. This could lead to the procurement of a tenth aircraft.

The Airbus A330-200 base aircraft is a strategic tanker/transport aircraft. The large 111-tonne base capacity enables the aircraft to perform aerial refuelling missions. This is without the need for additional tanks in the passenger area. The aircraft is offered with a choice of air-to-air refuelling systems. Thanks to its true widebody fuselage, it can also be used as a pure transport aircraft. Here, it can carry up to 267 soldiers or a payload of up to 45 tonnes. It can also be converted into a medical evacuation configuration capable ofaccommodating up to six intensive care units and 16 stretchers. 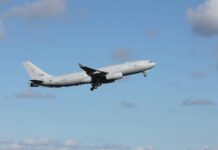