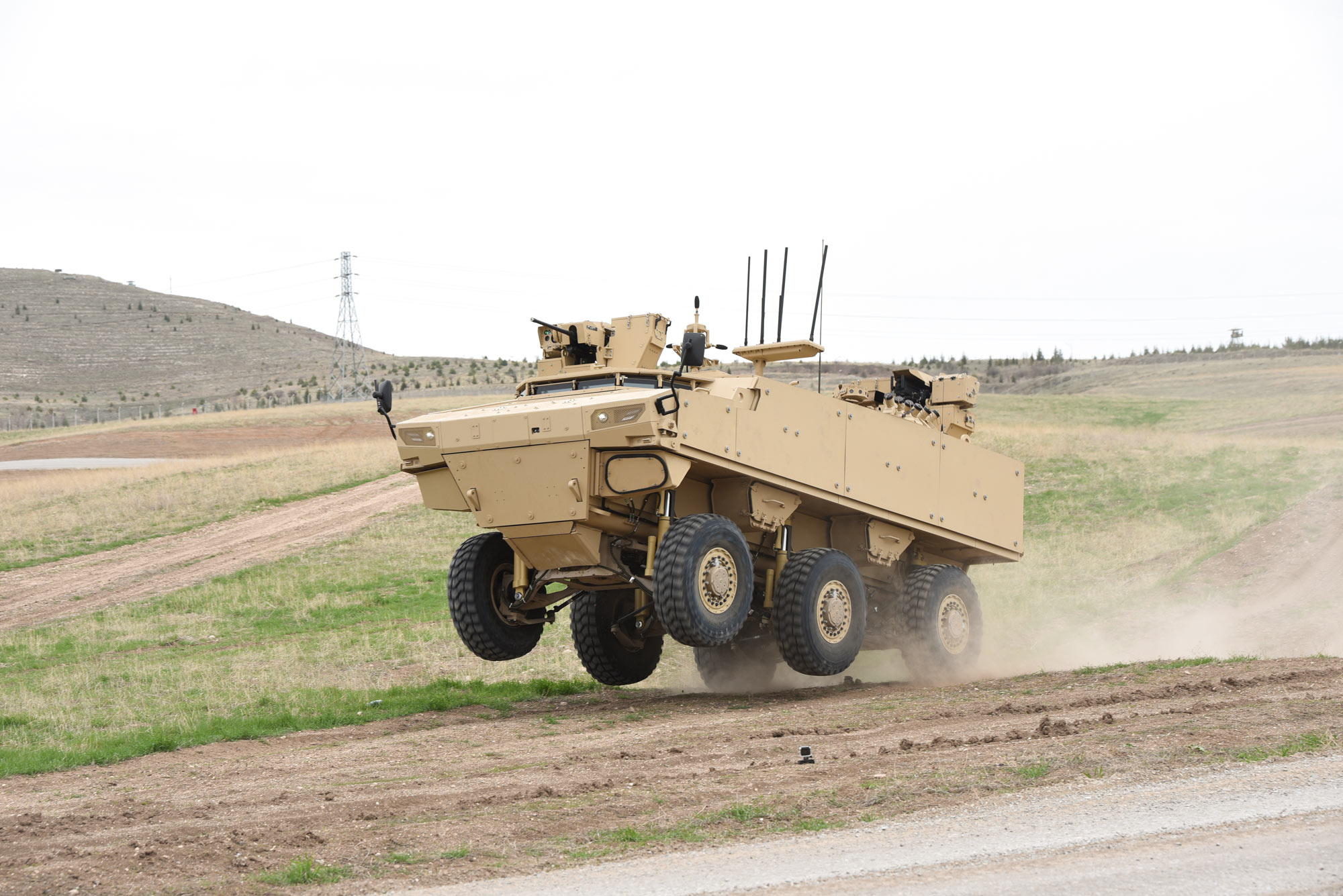 FNSS Defence Systems will unveil a special forces version of its PARS (LEOPARD) wheeled armoured vahicle family at IDEF in Istanbul this week. The company has announced that the Turkish Defence Industry Directorate (SSB) has ordered a mine-protected 6×6 PARS IV Special Operations Vehicle which is currently undergoing qualification tests.

The 26-tonne vehicle, which is an all-wheel drive and steerable at the front and rear axles, is powered by a Euro III diesel engine estimated at around 400 kW. Automatic transmission and hydropneumatic independent suspension are further mobility-defining features. In addition to the driver and commander, at least two operators are required for the two independent Remote-Controlled Weapon Stations. Available armament for the 2-axis stabilised stations are machine guns from 7.62 mm calibre up to the 40 mm automatic grenade launcher. With a different turret, a 20-mm gun is also available. According to FNSS, the vehicle is protected against ballistic, mine and IED threats.

Electronic mission equipment supports route planning, provides Command & Control functions and enables rapid target acquisition and engagement. Electronic and visual situational awareness is to enable crews to provide effective fire support to forces in the field. According to the company, the vehicle’s design enables maximum visual situational awareness with more than 180 degrees for the driver and personnel in the front part of the vehicle. The new generation electronic infrastructure provides 360-degree situational awareness for all team members. The first PARS IV SOVs are scheduled for delivery to the Turkish Armed Forces later this year.